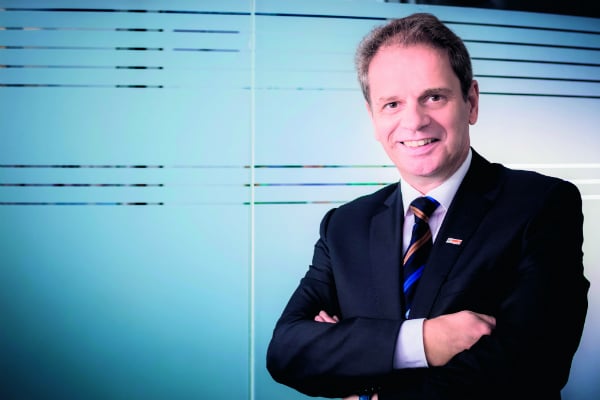 For Volker Bischoff, vice president and general manager for the Middle East at German electronics and engineering multinational Robert Bosch, 2016 was a “new experience”.

As the German recalls when we meet at Bosch’s offices in Dubai Airport Free Zone, the company’s regional sales growth entered the single digit range for the first time since beginning operations in 2008, as regional turmoil and the low oil price hit demand for its products.

“Some of the countries have been affected by political turmoil, which of course negatively affects the business, but that was actually nothing new,” he says.

“In addition, in 2016 we had the impact of the low oil price by which a lot of companies and enterprises were affected.

“Of course here we do depend on projects being underway and getting ready, and in 2016 a lot of projects actually were postponed and put on hold.”

While taking comfort from the slight growth seen across the company’s 14 Middle East markets in 2016 – where it reported Dhs1.8bn ($490m) in consolidated sales – Bischoff hopes the worst is now over as the company seeks a return to form.

“We had a good start, a promising start, to the year,” he says. “For the Bosch group in the Middle East region we aim for a double digit increase in the turnover.”

Key to this growth, Bischoff believes, will be the recovery in the oil price from lows of around $28 a barrel at the start of 2016 to around $50 today. But equally as important, he adds, are the “serious diversification efforts” being undertaken by governments in the region as they seek to wean themselves off oil.

As a result, Bosch has shown renewed interest in Saudi Arabia where the Vision 2030 reforms are currently underway.

The company is planning to establish a legal entity in kingdom for the first time in the coming months, having previously been present there in a smaller capacity with a business development office for its security products including CCTV cameras.

“We are in the full process for our legal setup. Actually we got the licence for it and there are a couple of formalities still to be looked after, so it’s really looking good. Before the end of summer we should be up and running,” Bischoff says.

With the full licence, the company will seek to add associates for other sectors to the mix, including the automotive aftermarket, power tools, drive and control hydraulics and software solutions from Bosch India.

It is also expanding in other areas, with plans to serve 2020 auto parts outlets via 23 branches by the year 2020 – up from 755 outlets and 13 branches today – in a partnership with Juffali Auto
Parts Company.

Elsewhere, March 2017 saw the opening of the largest regional Bosch tools and equipment showroom in the Middle East, thanks to a partnership with JTECO in Jeddah.

“We believe in order to really focus on that market further we need to add associates form other divisions as well,” says Bischoff.

“We will be expanding the headcount there and I believe this is something really good. We need to do that to be closer to partners and develop.”

The expanded Saudi operation will add to Bosch’s other expansion efforts across the region in recent years. In February 2016, the company opened an office in Lahore, Pakistan and has subsequently seen 20 per cent growth across its business sectors there, while more recently it opened a 7,200 square metre warehouse in Dubai Investment Park for its power tools division.

Beyond these locations, Bischoff says the company has a local presence in terms of business development, technology support, market research and market intelligence in Lebanon and Qatar, and is seeking further opportunities. 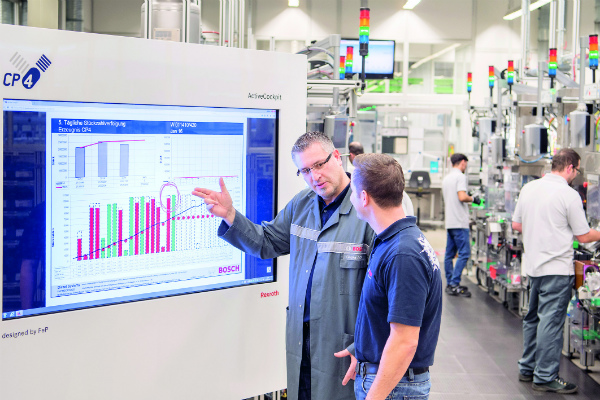 “Of course having a local footprint is very much of strategic importance to us because you need to be as close to the market, close to your customers, as possible. This certainly is not the end of the whole thing.”

He reveals the company was “on the brink” of establishing a presence in Iraq during 2013 and 2014 but was forced to halt plans due to political developments and concerns over the safety of personnel.

“As soon as this is the case again and we feel like investing, for sure Iraq would be a market again,” he says.

But one thing not yet on the horizon is local manufacturing or research and development, as the company continues to focus on Europe and other bigger markets.

“Of course we are always open to looking at opportunities that are very clear. And if there is a sound base then of course we will be looking at that.”

In the meantime, Bischoff has his eyes on more pressing issues, including the introduction of a 5 per cent value added tax rate across the Gulf Cooperation Council from January 1, 2018.

Echoing executives in other industries, he admits that there are still “a lot of uncertainties” when it comes to how the tax will be applied and which companies will be the most affected.

“Not everything is crystal clear. We do believe that in Q3 it will be clearer, and [we will be able to] really gauge and evaluate how it is affecting the business.

“Of course we are very much following it with our people here – especially from the finance department – and attending all these workshops taking place in this respect.

“Of particular interest is how will it affect our partners, due to the business model we sell to them, how they operate in the individual markets, do their distribution, aftersales, and all of this.”

Another more immediate headache is the impact of the diplomatic isolation of Qatar as countries including Saudi Arabia, the UAE, Bahrain and Egypt close air, sea and land links.

But despite these hurdles, Bischoff is keen to stress that the Middle East remains a key growth market for Bosch even if it only makes up a small percentage of its global revenue, which increased roughly 3.5 per cent to EUR73.1bn ($82.4bn) last year from EUR70.6bn ($79.2bn) in 2015.

And given plans including the Dubai government’s strategy for smart vehicles, aimed at making 25 per cent of journeys driverless by 2030, he sees big things to come particularly for the company’s automotive division, which is one of the biggest suppliers of components in the world.

“For the years to come I do believe there is a big potential that we can further concentrate [on in the Middle East]. The countries are growing, the population is growing and of course this is always a trigger for increasing business.

“[Dubai ruler] Sheikh Mohammed is clear about his vision about the automated cars and for sure electro mobility will also play a role. So we believe the technological contributions we can make in the region here will be instrumental, and Bosch will also benefit from that looking a little bit beyond this year or next year.”