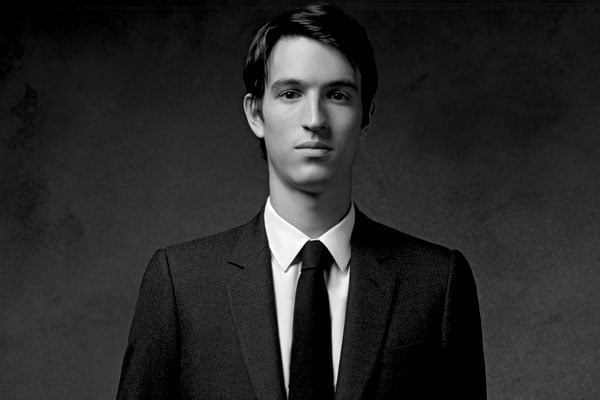 If there’s one thing that defines Alexandre Arnault’s approach to business, it is this: Controlled risk-taking.

Shortly after taking over as CEO of the luxury luggage manufacturer Rimowa at the age of 24 in January 2017, he decided that legacy wasn’t going to be the guiding principle of his management of a brand that was almost 120-years-old at the time, and was only ever managed by the founding family in all those decades.

Never mind that the then chief executive of Rimowa, Dieter Morszeck – the grandson of the founder – was leading the company for more than two decades before Arnault was even born.

“We used to have 16 different suitcase sizes for one line – from a small cabin to large check-in luggage. In those 16 sizes, six-seven were selling, the others weren’t. It was an operational nightmare, so we decided to rationalise the number of suitcase sizes from 16 to seven.

“That was a big risk to take, because we were giving our clients less freedom but more advice into what they needed to buy and so they were left less confused. That was a big risk, but was very controlled,” Arnault explains to Gulf Business.

Need another example of his bold-faced decision-making? Consider that much-hyped Rimowa x Supreme collaboration last year. While Supreme was a cool millennial-focused streetwear brand, Arnault – himself a millennial – risked significant blowback by attempting to very quickly recast a youthful image for a brand that was considered slightly old-school back then.

Arnault stuck to his guns, and in April last year, when the Rimowa x Supreme collection dropped, it was sold out online in 16 seconds. “We took a risk in partnering with Supreme. We knew what we would do with the brand and where we would take it, and that’s another example of controlled risk taking. Risk taking is definitely something that’s key in our family and in our group.”

The family that Arnault grew up in controls one of the world’s most powerful and influential luxury conglomerate, LVMH. His father, Bernard, is the co-chairman of LVMH and has an estimated net worth of over $100bn, making him France’s richest man, and the third person to cross the $100bn mark along with Bill Gates and Jeff Bezos.

After Arnault graduated from Télécom ParisTech, and later acquired a master of research in innovation from École Polytechnique, he wasn’t prepared to accept a management position handed to him on a platter in any of the brands controlled by his father. 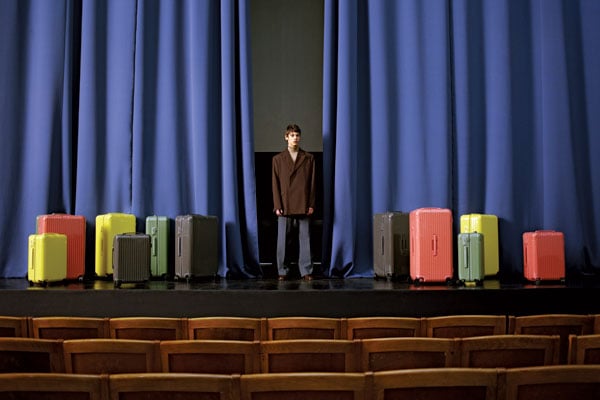 Instead, he was keen to blaze his own entrepreneurial trail, but first he decided to start at the grassroots and gain some experience. That took him across the Atlantic to America where he led the investments of his family holding company into tech start-ups in New York and San Francisco.

“I sat on the boards of some of those start-ups,” he recalls.

“It was great seeing how those companies were being built from scratch, how fast they were growing and what their challenges were.”

When it was time to strike out on his own, he did his due diligence on Rimowa – one of the few independent family-owned brands that had potential to be something much bigger than it was in at the time. He convinced his father to let LVMH purchase an 80 per cent stake for $716m in January 2017. He was also appointed as the co-chief executive of the brand.

That same month, he was the only other member of the Arnault family who accompanied his father to a private meeting with the then president-elect Donald Trump in Trump Towers – a Rimowa suitcase in tow, he confirms.

Arnault says that the global travel and tourism industry is a $9 trillion industry and growing at 5-7 per cent per year. The luggage market alone is around $40bn.

“We were roughly one per cent of the market when we bought the company. Every percentage point is $400m so we can’t grow 10 per cent in two years but we definitely want to reach two or three per cent very quickly.”

To get there, he’s had to disrupt the status quo. He began by internally restructuring the way the team brainstormed.

“Being younger than people in the company and other CEOs too, I try to eliminate hierarchy and make sure everybody gets a seat at the table.

“I’m not running the show, but it is the team that is growing the company. Obviously, they’re allowed to question me, as they have on many occasions. Sometimes I don’t agree with them and sometimes I listen to them and then go against my initial thoughts.”

Although there’s a treasure trove of product experience in the LVMH group, Arnault says that for the most part, all the brands in the group operate independently so that they don’t kill each other’s creativity. While you’d think that the young scion would turn to the other brands to learn from them, it’s proving to be the other way around. When Louis Vuitton showcased their Marc Newson Horizon suitcases, they turned to Rimowa to use its patented wheel system, for example.

Conversely, there is also LVMH clout that Rimowa can leverage.

“Because we [LVMH] are big, we are able to have a lot of economies of scale on things. Real estate is one example. When we enter a mall or a shopping centre, we are able to go in with 15-20 brands. Another example is the ability to negotiate with agencies when it comes to media buying.”

But even there, Rimowa has been the renegade by becoming the first LVMH brand to pull all print advertisements and focus solely on digital marketing.

E-commerce is a major focus area for Rimowa. It currently accounts for less than 10 per cent of Rimowa’s sales, but Arnault who played a key role in the launch of 24 Sèvres, LVMH’s multi-brand e-commerce platform, says that he wants that number to account for at least 15-20 per cent of its business within the next two-three years.

To that end, Rimowa relaunched its European e-commerce website last year with new features like the ability to book repair appointments online. It also launched its first e-commerce site in the US a few months later.

Arnault says that the team globally consists of around 2,000 employees and has three main manufacturing facilities – one each in Cologne, Czech Republic and Canada.

“Cologne is the first and historic site where we make all the aluminium products. The Czech Republic facility was opened in 1997 and it makes all the polycarbonate parts – we couldn’t make that in Cologne because the factory is too small. The Canadian factory is for the North American market. Our products have a large volume and so it’s not very eco-friendly to send these products by plane and it costs a lot of money. So we decided to build a factory where we can build the suitcases and then send them by truck throughout the North American market.”

As for the retail model, there have been a few changes made to it since Arnault took over. Rimowa now has around 100 stores worldwide.

“We used to have a lot of third parties in Asia who ran the stores for us that we’ve now taken over. If you look at the stores that we manage with our staff, we’ve doubled that number approximately from 50 to 100 since January 2017.” 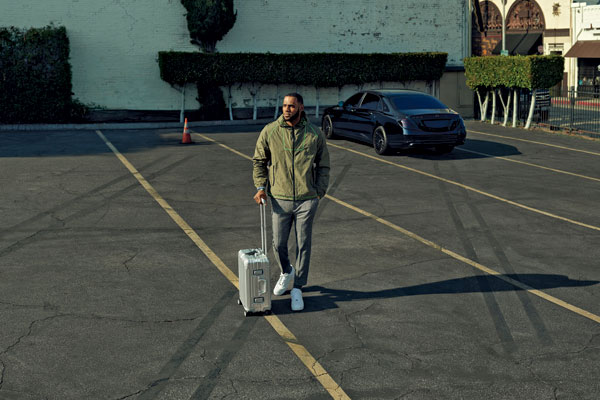 Arnault acknowledges that the Middle East has the potential to become a key market for Rimowa. They already have a store in Abu Dhabi and another one that was opened in The Dubai Mall earlier this year, with a third store opening at the Mall of the Emirates this month.

“We are now also thinking of other places in the UAE and the entire GCC as well. I’m also very adamant on Kuwait and Saudi Arabia that I think are very big and we need to have a presence because people there travel. I think you’ll see us grow in those countries quite quickly.”

The future of Rimowa

“Sometimes on the weekend, I go to the stores and I literally spend the afternoon selling products, which is interesting because customers don’t know they’re talking to the CEO. I just keep asking them questions to understand better how their journey works,” says Arnault when asked if he still manages to get a sense of the market at the customer level.

He also tracks reactions to the products on social media and spends a significant amount of time reading comments and messages.

And in terms of rebranding the company as a hip, moderm-day lifestyle accessory, Arnalut has been proactive in setting up smart collaborations. Apart from Supreme, Rimowa works with Fendi, Off-White and more recently with American artist Daniel Arsham. Rimowa partnered with Sotheby’s to auction one of his limited-edition cases. It fetched $14,000, which was donated to charity.

Another tool that Arnault is deploying deftly is ad campaigns fronted by mega influencers like Kim Jones and LeBron James. King James alone has nearly 50m followers on Instagram.

And for the next phase of the company’s growth, Arnault wants to go beyond suitcases.

“We’re definitely going to expand our products – not just suitcase but accessories, backpacks. It’ll be fun to see how the brand develops itself on that front.”

Rimowa also wants to ramp up the experiential perks of owning and travelling with a Rimowa.

“We’re trying to partner with airlines and airports. We’re trying to build on experiences where we make it easier for clients who own a Rimowa to travel.”

Whatever happens you can be sure that Arnault’s controlled risk-taking will continue to put Rimowa in the hands of increasingly more customers. And all before his 30th birthday.