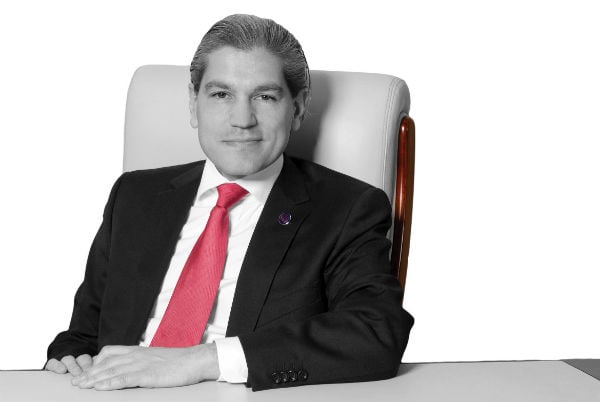 The relationship between all parties in the energy sector has come a long way from the stand-off days of oil producers on one side, represented by the Organisation of the Petroleum Exporting Countries (OPEC), and consumers fighting for their own interests, represented by the Paris-based International Energy Agency (IEA).

“Today, given the state of the global economy, geopolitical tension in the Middle East and speculation in the market, the dialogue is more important than ever,” says Aldo Flores-Quiroga, secretary general, International Energy Forum (IEF).

IEF’s membership spans the globe with energy ministries from 88 countries in six continents, representing almost 90 per cent of the global energy market and making it “the most representative of all mechanisms devoted to energy dialogue and cooperation.”

Sustained high oil prices – with benchmark Brent crude oil prices holding above $100 a barrel for several months – are creating nervousness in the market.

In August the IEA reduced its forecast for global oil demand citing a “combination of persistently high prices and a weak economic backdrop.” OPEC also issued words of caution, but observed “a more stabilised trend,” while the American government’s Energy Information Administration said it expects to see some demand growth in 2013.

Whatever scenario plays out, producers do not want to see any demand destruction and consumers want to be able to purchase affordable energy.

“Producers and consumers are both looking for more stable prices,” says Flores-Quiroga. He won’t be drawn on what an ideal price is, but adds, “A fair price is one that doesn’t destroy demand but promotes major investments necessary in the energy sector.”

Projects in the oil and gas sector are capital intensive and to ensure security of supply will require trillions of dollars of investment in the coming years.

Flores-Quiroga is especially proud of the diversity of IEF, bringing together producers, consumers, energy sector executives as well as analysts and investors. “Open and informal dialogue, at both the political and technical levels, helps overcome historical differences, improves policy and investment decisions, and reduces uncertainty through increased knowledge and experience sharing.”

He adds that emerging markets having a voice at the table is also of tremendous relevance. “What makes IEF special is
its broadness and inclusiveness, with representation from the BRICS and other emerging markets that are driving the global economy and by extension the world energy market.”

While recognising that world economies are interlinked and interdependent, Flores-Quiroga is encouraged in his role to “facilitate the global energy conversation with as many key energy players as possible.”

The IEF, producers and consumers acknowledge that oil market volatility has become one of the hard facts of life in the oil business. Flores-Quiroga says, “Volatility is an ongoing characteristic of markets.

We are concerned not so much with volatility but with high levels of volatility that send confusing signals to the market.” Volumes traded on commodity markets, including derivatives, have often been more than 30 times the value of the physical product.

“To help tame volatility, we need to understand the drivers of interaction between the physical and financial markets, which will explain how energy outlooks are made, leading to a clearer idea of the process of price formation.”

Enter JODI. The Joint Organisations Data Initiative is a mechanism designed to bring all parties involved in energy together. OPEC and IEA are key players, joined by four other global organisations: The Asia-Pacific Economic Co-operation (APEC), the European Union through Eurostat, the Latin-American Energy Organisation (OLADE), and the United Nations through their statistics division. Close to 90 countries around the world have signed up to provide “timely and accurate data to JODI.”

“Governments, industry analysts, academics, as well as investment firms,” are using this data, according to Flores-Quiroga, “to deliver a better idea of price formation that will ultimately improve market transparency and reduce uncertainty.”

IEF is beginning to live up to its name by moving the emphasis from oil to include other forms of energy. Flores- Quiroga is clearly eager to talk to the gas industry, telling by his plans to launch JODI for gas in response to demand from the sector.

IEF and the International Gas Union are organising a ministerial meeting focussed on gas later this year. Flores-Quiroga says a diverse energy mix is essential and all these initiatives are designed “to help understand what is going on in the gas market and challenges ahead for both consumers and producers of gas.”

IEF sees itself as a one-stop-shop capable of managing and including data on all sources of energy important in the world energy mix, while also disseminating other data relevant to the energy market, such as natural gas and annual investments in oil and gas upstream and downstream.

Another area of concern is the eradication of energy poverty, an issue Flores-Quiroga will address with the Indian energy ministry at a forum next year. “We want to urge the energy industry to be more committed to the communities they work with. IEF wants to help build partnerships that will address some of these challenges.”

Flores-Quiroga observes well, listens eagerly and brings qualities of career diplomacy to this international role. He was instrumental in the IEF’s 2010 meeting in Cancun during his tenure as assistant secretary for International Affairs at Mexico’s Ministry of Energy.

It was during this major gathering where member countries agreed that it was important to strengthen the IEF declaration, which was subsequently signed in Saudi Arabia. It was also the time when Flores-Quiroga realised that he had much more to offer the IEF.

In his earlier career, he spent four years as director general for Bilateral Economic Relations at Mexico’s Ministry of Foreign Affairs. He studied and taught political economy at Claremont Graduate University in California, where he’d lived for several years.

He is an economist, a former academic, an author as well as an accomplished piano player. He is passionate about his role with the
IEF, a role that has taken him half way around the world from his native Mexico to the sands of Saudi Arabia, trading one Gulf for another.

Having visited the region many times, he finds living here “interesting and fascinating” and is already crisscrossing the Middle East having relevant conversations with ministers, economists, analysts, market movers and industry executives.