Internet Of Everything To Drive Dubai’s Smart Economy - Gulf Business 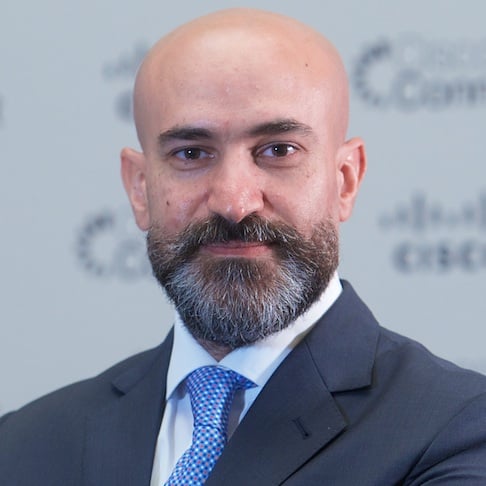 Fly over Dubai, and you’ll see stunning landmarks, a beautiful coastline, and free zones catered to specific industries such as finance, healthcare, and the media, attracting thousands of knowledge workers from around the world.

Hosting economic districts and major ports is a 20th century model – but what makes Dubai stand out is the Dubai Smart City initiative, which aims to make Dubai one of the world’s best-connected, smartest, and happiest cities by 2017.

The IoE is transforming industries, countries, and communities, providing a global economic opportunity of $19 trillion in the public and private sectors. The long term global IoE impact can be compared to the impact of the European Industrial Revolution of the 18th century.

In the private sector, the IoE can create revenue from new business models that reduce time to market and process inefficiencies, improve customer experiences, and enhance the supply chain and employee productivity.

Dubai is the ideal site for a Smart City – having already bypassed the Industrial Revolution, Dubai is largely a greenfield site, with low unemployment, high household density, and strong educational system, buoyed by visionary government leaders.

In Dubai’s Smart Economy, affordable and video collaboration tools can enable organisations to host virtual conferences with clients and customers around the world – from any mobile device and from any location – and can support a more mobile workforce.

Sensors embedded in millions of objects across Dubai will generate data over wi-fi that can be used by mobile apps and organizations to enhance daily lives and businesses, from tracking utilities to reducing supply chain inefficiencies.

We calculated Dubai’s total public and private sector value at stake is Dhs17.9 billion ($4.87 billion) to 2019, including a public sector opportunity of Dhs4.3 billion ($1.2 billion).

Around the world, public-private partnerships are developing new and innovative businesses that grow and become significant employers. Barcelona, Spain, another leading Smart City, has already created 47,000 new jobs thanks to these efforts.

For Dubai to maximise value creation, the Higher Committee of Dubai Smart City needs to look at cross-agency coordination and an implementation roadmap.

Dubai has the vision, capita, and leadership to deliver on its Smart City goals.