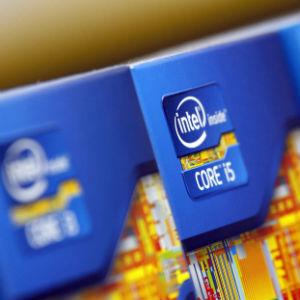 Global technology giant Intel Corporation reported that net income reached $2.8 billion in the second quarter of the year, down 12.5 per cent compared to $3.2 billion during the same period in 2011.

Revenues for the quarter however increased three per cent to $13.5 billion compared to $13.1 billion during Q2 2011. Intel’s operating income reached $3.8 billion, and the company generated approximately $4.7 billion in cash from operations, paid dividends of $1.1 billion and used $1.1 billion to repurchase stock.

“The second quarter was highlighted by solid execution with continued strength in the data center and multiple product introductions in Ultrabooks and smartphones,” said Paul Otellini, Intel president and CEO.

“As we enter the third quarter, our growth will be slower than we anticipated due to a more challenging macroeconomic environment,” he said.

Intel estimates its third quarter revenue to reach around $14.3 billion, and expects full year 2012 revenue to go up between three and five per cent year-on-year.

Experts suggest that although the company remains the leading producer of microprocessors for PCs, it needs to prove itself in the mobile segment – tablets and smartphones – in order to beat competition and improve investor sentiment.