Infiniti’s Global Name Change To Rollout In ME - Gulf Business 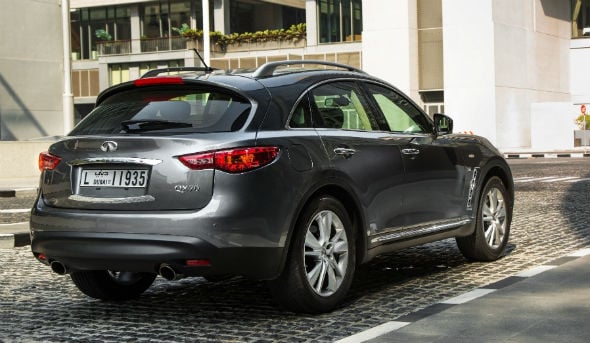 Car maker Infiniti has announced a new global naming structure to its models, with the Middle East to host the first of the changes.

In a sign of the company’s expansion plans, Infiniti cars will now simply be pre-fixed by the letter ‘Q’ for sedans, coupes and convertibles and ‘QX’ for crossovers and SUVs. Previous model names had included the letters G, M, EX and JX.

A two-digit number will follow, with the higher the number representing a higher quality model in Infiniti’s range.

The Middle East will play host to the first rollouts of the new names, with the QX70 – previously the FX – hitting the roads later this year.

“The change in name for our premium range will help Infiniti to grow into the future, and an outward sign that Infiniti is making good headway on its mid-term plan,” said Samir Cherfan, managing director, Infiniti Nissan, Middle East.

The move is a public statement of the Japanese manufacturer’s intention to expand in the premium automotive sector, as Gulf Business discovered when it interviewed Simon Sproule, vice president, Nissan and Infiniti, at the Abu Dhabi Formula One GP last year.

“We aim to compete at the top of the premium automotive league with our product, brand appeal and customer experience,” said Cherfan.

“Our models are, though, the most visible element of our brand to the public and to deliver on the promise of a broader range we have addressed our naming strategy.

“In the Middle East, we will pioneer this next phase in the global strategic plan as we roll out Infiniti’s new naming hierarchy, which is inspired by our first and iconic model – the Infiniti Q45.”