India’s new tax GST: Will it impact business with the GCC? - Gulf Business 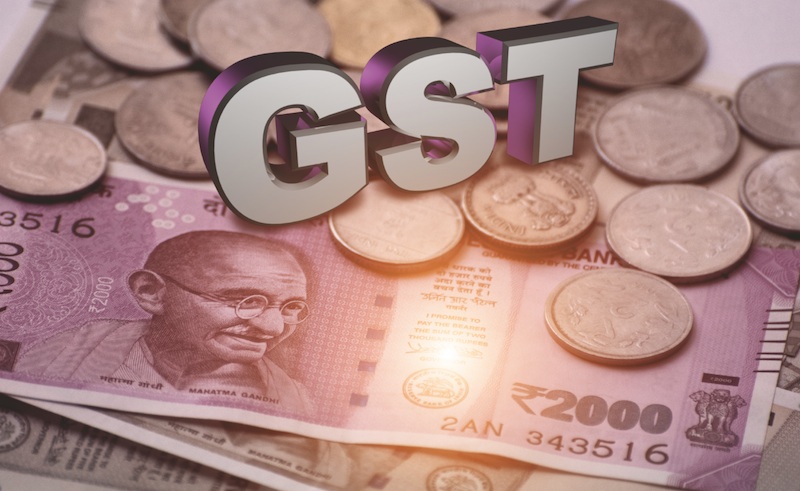 One of the biggest talking points across India this year has undoubtedly been the Goods and Services Tax (GST), which came into force on July 1.

Jigar Doshi – partner for indirect tax at SKP Business Consulting – discusses the benefits GST is predicted to bring, and the challenges of transitioning to the new system.

What do you foresee the overall impact of the Goods and Services Tax being on the Indian economy?

“The long awaited introduction of GST has been established with an objective of unifying multiple taxes, removing inter-state barriers and making India ‘one nation, one market, one tax,’ which would drive overall economic growth in the country.

“With the roll-out of the GST, faith has been rejuvenated that India’s fiscal deficits will reduce, and the overall impact of the tax on the India economy on a macro basis appears to be progressive and growth oriented.

“The consolidation of multiple levies leads to the elimination of a tax cascading effect, resulting in the reduction of prices in long run. Recently, India’s finance minister Arun Jaitley described the GST as a ‘win-win’ deal for all as it expands the tax net and brings down prices.

“The digitalisation of tax compliances and reporting also brings transparency and encourages the growth of industries in organised sectors.

“Uniformity of the taxation structure across the various states of India unifies the country in a single market. This helps to eliminate inter-state barriers, putting every state on a level playing field from an industry growth perspective.

“Thus, given the numerous benefits of this streamlined taxation structure, it is certain that the GST will augur well with the economy in the long term. However, given the mammoth changes instigated by the introduction of the GST, industries such as the SME and micro-SME sectors are facing huge implementation challenges. With this said, stability is expected to prevail over a period of time and thereafter companies will be able to leverage the incremental benefits of GST.”

How well received has the tax been?

“The impact of the GST law has been two-pronged. Certain industries have welcomed the implementation and are pleased with its introduction, while others have resisted its introduction.

“The textile industry is probably running the loudest anti-GST campaign against the government. Traders, wholesalers, retailers and others in Surat, Ahmedabad, and other cities in Gujarat have started protests – their concerns stemming from the fact that the largely unorganised textile sector will now become organised, which may affect small traders and workers.

“At a more macro level, the strike has reduced the production of apparel and garments and those in the market are already holding their stock back in anticipation of selling at a premium during the upcoming festive season. Thus, temporary inflation in textile products can be anticipated due to the GST.

“Conversely, certain other sectors such as the auto sector have welcomed GST, with players cutting prices on specific motor vehicles as a result.

“From an implementation standpoint, there have been many challenges faced by industries. Due to the continuous changes in the GST law, even after introduction on July 1 this year, businesses are struggling to settle their operations. Several other laws and regulations have simultaneously streamlined to align with GST legislation, creating a lack of clarity and awareness for those they concern. For instance, certain crucial regulations such as MRP pricing, e-way bills, and so on, have been amended post GST implementation. This has created confusion for many. At present, official sources have reported a few hundred complaints about the GST. However, the number of challenges faced by the people on the ground is comparatively more.

“All in all, it may be said that GST appears to be a good economic policy, but the implementation could have been handled better.”

What will be the day-to-day changes that businesses have to make?

“The paradigm shift to the GST regime is not merely a change in taxation, but it has a much larger impact as it affects policies and business decisions.

“Businesses have to undergo a plethora of changes as they migrate from old registrations to new ones, including changing the formats of compliances and records, IT system integration and alignment, supply chain remodelling, and more.

“With that in mind, the Indian government is making a tremendous effort to educate business leaders and create awareness about the GST. So far it has conducted around 5,123 GST workshops across the country and has also planned more upcoming events related to GST awareness. The government has also taken to social media channels such as Twitter to solve GST related queries.

“However, at ground level there have been difficulties. Despite many organisations being ready before the introduction of the GST, the continuous changes in the law and parallel issue of notifications and updates post July 1 have led to many ambiguities and lack of clarity. This has affected business operations.

“Indeed, most businesses are still struggling to accommodate the day-to-day changes. As GST legislation is compliance intensive, many industries are facing challenges in terms of system changes and understanding the new compliance requirements.

“Thus, though commendable effort has been made by government to make business leaders well educated about the GST, continuous changes and an acceleration in implementation of the GST without thorough and comprehensive readiness, has led to limited awareness among the businesses.”

What are the challenges and risks associated with the onset of GST?

“There are some major challenges to consider. The first is the issue of registration migration. Many people have obtained a provisional ID and password for migration but have not been able to complete the migration process and generate a provisional GST registration certificate. This is a problem because non-registration of a business under the GST may hinder business continuity. A GSTIN number must be given to vendors, or as part of any export / import transactions, or on invoices raised, and in other situations.

“Another challenge is that compliance including returns, payments, and so on, will be required to take place online – adding to the cost of compliance for small scale industry.

“Furthermore, there has been confusion around the export/import procedure under the GST. The lack of clarity extends to business leaders, employees, and government officials themselves, leading to huge delays in import and exports during the first week of GST implementation.

“Another difficulty is that many businesses are yet to map and implement the requisite changes to their accounting and IT software, such as changes to the masters, revision and addition of formats, building reconciliation mechanisms into the systems, updating of the systems, and so on. Additionally, businesses would be required to conduct ‘user acceptance testing’ to ensure there are no systems related issues under the GST regime.

“These are just a selection of challenges posed by the move to GST.”

Do you believe the GST will impact trade/business with the GCC countries?

“At a macro level, the implementation of the GST in India will not majorly impact trade or business with GCC countries as there has not been any major change in the tax impact on cross-border transactions.

“However, the overall export industry in India will facilitate internationally competitive prices due to the smooth process of claiming input tax credit.

“There may be a small period of adjustment for Indian and Gulf companies working together, wherein the Indian company is adjusting to the changes to be made under GST for export invoices and procedures. However, we do not foresee any major impact on this front.”