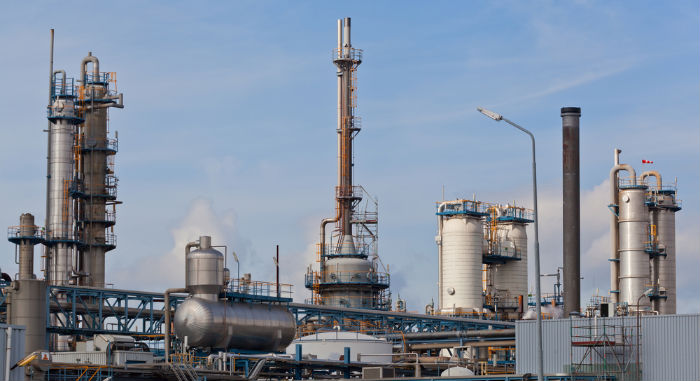 Indian state-owned refiner MRPL has asked for more Saudi Arabian oil in April, according to an industry source close to the matter, as it awaits clarity from India’s government on how it will insure plants using crude from sanctions-hit Iran.

Indian insurers said in February they could no longer cover refineries processing Iranian oil as European reinsurers had stopped helping them hedge their risk. New Delhi and industry officials have been considering establishing a domestic reinsurance scheme, but it is unclear how that would be funded.

Mangalore Refinery and Petrochemicals Ltd (MRPL) and Hindustan Petroleum Corp have both said they will halt oil imports from Iran in April if insurance cover is not available for their refineries.

MRPL, Iran’s biggest Indian customer, has asked for an extra 23,000 barrels per day (bpd) of oil from Saudi Aramco for April, after already increasing its annual contract to 55,000 bpd for the fiscal year ending March 31, 2014, the industry source said.

The volume including the extra barrels would be around 70 per cent higher than the 46,000 bpd that MRPL took from Saudi Aramco in 2012/13, the source said.

HPCL is turning to Iraq to replace Iranian barrels it won’t be lifting from April.

HPCL doesn’t want a firm contract with Iran for 2013/14 but wants an option to take up 20,000 bpd, about 57 per cent lower than last year, according to company sources.

“At this stage we don’t want a firm contract with Iran as one or the other problem is always there,” said an HPCL source.

It is also looking at signing an annual deal with Total to buy about 40,000 bpd Basrah crude oil, sources earlier told Reuters.

Indian Oil Corp, the country’s biggest refiner, plans to ship in two million barrels of oil from Iran this month. IOC’s refinery insurance policy is not due for renewal until November, a company source said.

State refiners have made provisions for Iranian crude in their annual import plans, but those are pending a decision from the government on resolving the insurance problem.

On Wednesday, oil ministry and industry officials are due to meet to discuss the reinsurance issue.

Oil Secretary Vivek Rae last month said that Indian insurers and the Oil and Industry Development Board (OIDB) under the federal oil ministry may jointly set up a fund to back local insurers.

A government source said initial talks included a proposal for insurers and OIDB to contribute 10 billion rupees ($184.21 million) each for the planned reinsurance scheme. That may not be enough to cover an accident or incident at a refinery, and it is unclear how the rest would be funded.

“An incident in MRPL can cost about 50-60 billion rupees and at Essar it will be about 100-120 billion rupees … You have to have this kind of financial muscle to provide cover,” said the government source.

The Indian Express Newspaper last week reported that the federal government could extend a sovereign guarantee of up to 100 billion rupees. The finance ministry declined to comment.

Indian state refiners are planning to import 124,000 bpd Iranian oil in 2013/14, about 20 per cent less than last year, provided sanctions against Iran are eased or if the Indian government steps in to provide reinsurance.

In February, India’s total imports of Iranian crude were about 259,000 bpd, down nearly 43 per cent from a year ago.