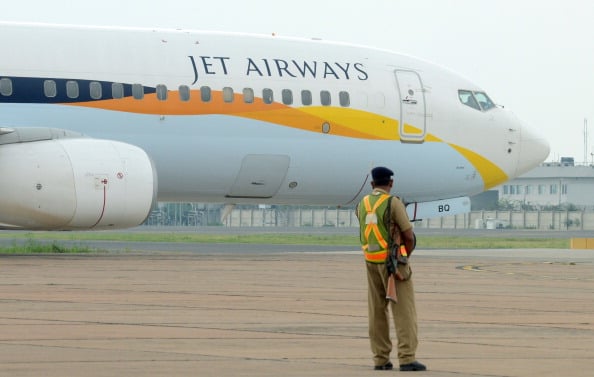 India’s second biggest carrier Jet Airways expects to finalise a stake sale deal with Abu Dhabi’s Etihad Airways in a week or so, an executive at the airline, who declined to be named, said on Thursday.

India’s Civil Aviation Minister Ajit Singh said earlier on Thursday, after meeting the top executives of the two airlines, that Etihad was in talks with Jet for a potential investment in the carrier.

The terms of the possible deal have not been disclosed, but a government source said earlier this month Etihad was in talks to pick up a 24 per cent stake in Jet for up to $330 million.

“The government’s role is to make sure that whatever agreement they come to is within the regulatory framework,” Singh told reporters after the meeting, declining to give details of the deal.

Top executives at the two airlines are in the Indian capital to meet the civil aviation and trade ministers and senior officials.

Separately, an official at India’s trade ministry, who declined to be named as he was not authorised to speak to the media, said Etihad would soon apply to India’s foreign investment approval authority for investing in Jet.

The Jet deal, if closed, will be the first since India relaxed ownership rules in September last year and allowed foreign carriers to buy up to 49 per cent in domestic carriers that are battling stiff competition and high operating costs.

The aviation sector has been abuzz with talks of stake sales to global carriers since the ownership rules were eased.

But investment bankers don’t expect a slew of foreign carriers striking deals in Asia’s third-largest economy due to worries about the sector’s billions of dollars of debt and high costs of operations.

Jet shares rose as much as 3.4 per cent during the day on Thursday to 614.80 rupees. The stock has nearly doubled in the last three months on speculation about the stake sale talks with Etihad.

Etihad’s deal with Jet made operational sense, analysts have said, as both carriers already have a codeshare pact allowing them to rapidly ramp up the number of flights on lucrative Gulf-India routes and challenging Dubai-based Emirates Airline.

Nearly 1.5 million Indians work in the United Arab Emirates, which include Abu Dhabi and Dubai, and millions more work in Saudi Arabia, Oman, Bahrain and Kuwait.

The deal with Etihad also gives Jet cash to pare some of its debt. The investment will also put it on stronger footing to compete with state-owned Air India Ltd on domestic routes that feed into the flights to and from the Gulf.