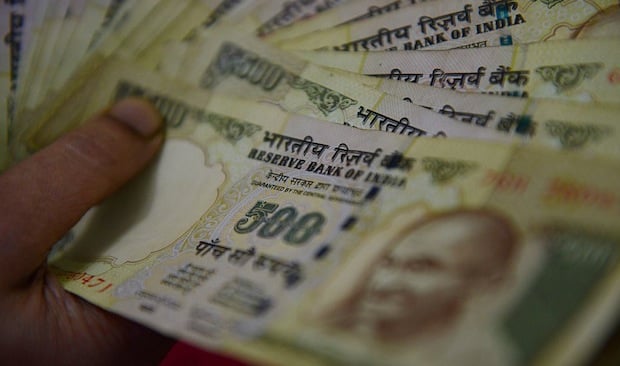 Currency exchange houses in the UAE are not accepting the demonetised Indian currency notes of 1,000 and 500 rupees, officials have clarified.

The clarification comes after the Indian government made a surprise announcement on November 8 on the demonetisation of 500 and 1,000 rupee bank notes, effective November 9, 2016 onwards.

The move – aimed at discouraging the black money market in India – has caused chaos in the country, with long queues outside banks.

It has also caused confusion among non-resident Indians (NRIs) in the UAE, who have been approaching currency exchange houses to exchange their demonetised currency.

“The new regulatory development was a surprise for Indians, both within and outside the country,” said Promoth Manghat, CEO of UAE Exchange Group.

An audio message on WhatsApp being circulated in the country claims that UAE Exchange is accepting the demonetised currency notes. However, the company dismissed the message as being fake.

“We are receiving a lot of inbound calls seeking service assistance to exchange these notes,” the company said.

“We would like to reassure you that we are closely monitoring the situation and are standing by to make necessary arrangements as and when notified by Reserve Bank of India and/or government of India for handling such notes outside India.”

Currently, UAE residents will not be able to exchange their 1,000 and 500 rupee notes anywhere in the country, confirmed Rajiv Raipancholia, secretary of the Foreign Exchange and Remittance Group (FERG) in the UAE.

“Exchange houses have stopped accepting 500 and 1,000 rupee notes in the UAE because the problem is that no one is going to buy these notes from us and we cannot sell these rupees anywhere,” he told Gulf Business.

“So we ourselves are stuck due to this reason.”

The single Indian bank in the country, Bank of Baroda, is also not accepting the demonetised notes.

For now, Indian residents in the UAE will have to exchange their currency in India. Officially, the Indian government allows a single person to carry up to 25,000 rupees to the country.

The Indian Embassy in the UAE is also taking up the concerns of the NRIs here, said Mangat.

“But if there is some way through the RBI – if we get a green signal that it [exchanging demonetised currency in the UAE] could be possible, then we would love to help out the public here. But at this stage it looks very tough,” added Raipancholia.

Meanwhile exchange houses themselves are struggling to handle their stock of demonetised Indian rupees, he said.

“We have approached the RBI and the Indian consulate for clarification how we can convert these notes to either receive dirhams or get a dollar credit in our accounts or dispatch the old notes for new denomination notes.

“We are yet to get a reply but we are taking the matter up,” he added.

While the move has been difficult – particularly in India which is predominantly a cash-based society, it will prove to be beneficial in the long term, opined Raipancholia.

“The government should have made arrangements for adequate amounts of 2,000, 100 and 50 rupee notes kept across all the bank branches all over India. If this would have been done much in advance, things would have been much easier,” he said.

“But then the secrecy would also not have been maintained. One must be patient – because in my opinion, the move is good. In time, things will fall in place,” he added.