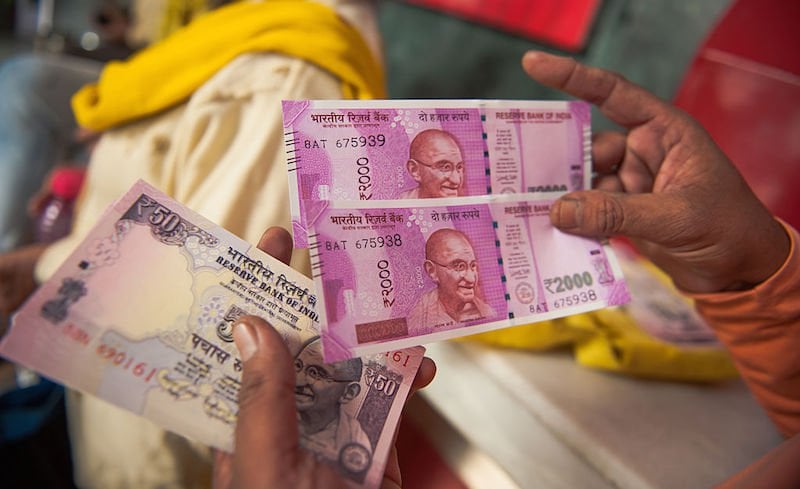 Earlier this morning, according to XE.com, the Indian rupee was trading at 20.05 against the dirham.

Yesterday, the rupee slumped 43 paise against the US dollar to close at 72.91.

The resurgence of the dollar comes against the backdrop of the new free trade deal struck between Canada and America as well as the US treasury yields which rose above three per cent making the dollar an appealing proposition.

The Indian rupee is one of Asia’s worst performing currencies this year and now the government is ready to step in to bring in some stability.

The Reserve Bank of India yesterday announced that it would inject liquidity of Rs36,000 crore into the market in October by way of purchase of government bonds. This would help meet the country’s needs for larger amounts of funds during the upcoming festival season.

The auctions to purchase the government bonds are part of the Open Market Operations (OMO) which will be concluded by the end of October.

Another factor contributing to the weakness of the rupee was the sustained rally of oil prices. Brent crude was trading at $82.94 per barrel yesterday.

According to a report by NDTV, a senior treasury official stated, “Rupee continues to be weak as crude oil prices remain high. Unless we have comfort from crude oil prices, we are likely to see weakness in rupee. It is going to hover in the 70-72 range. The central bank’s Rs36,000 crore OMO to provide domestic liquidity could not stem the fall for the rupee.”

The weak rupee has meant a boom in remittances. The UAE saw a 17.3 per cent surge in remittances year-on-year in the first quarter, according to the central bank.

UAE Dirham Will Remain Pegged To US Dollar – Central Bank