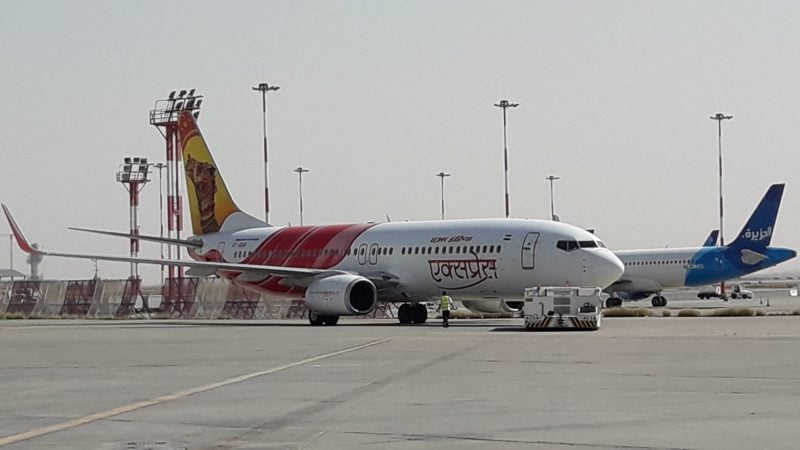 The Embassy of India in Kuwait has temporarily suspended the online registration for Indian nationals in the GCC state who wish to avail repatriation services.

In an advisory, the embassy said the service would be halted from Friday, May 15 and will “resume after initial registrations have been accommodated”.

“However, requests of medical emergency, pregnancy and those related to death may continue to be sent by email to the embassy only at [email protected] for necessary examination/processing,” the advisory added.

The embassy also stressed that it is the only designated authority to select and prioritise travel requests and is not responsible for “unauthorised assurances accepted by intending travellers”.

It added that airline Air India is the sole agency for booking/issuance/sale of tickets for all the repatriation flights.

Advisory regarding ongoing repatriation of Indian nationals to India. pic.twitter.com/sv2EnDbYRE

India began its massive ‘Vande Bharat Mission’ earlier this month to evacuate Indians stranded abroad, after it closed off its international airspace in late March. The first phase has been completed with phase two now underway.

In Kuwait, over 70,000 people have already registered for the service, while only 879 were repatriated in the first phase, local daily Kuwait Times said.

Several Indians also registered in Kuwait’s amnesty scheme held from April 1-30, which permitted residency violators to leave the country without paying any fines while allowing them a chance to return to the country later with the right documents.

Those who availed the amnesty are currently sheltered in facilitation centers in Kuwait, the report said.

As per the current plans for phase two of India’s repatriation plan, three flights are scheduled to depart from Kuwait – to Kannur on May 19, Trivandrum on May 20 and Hyderabad May 21.