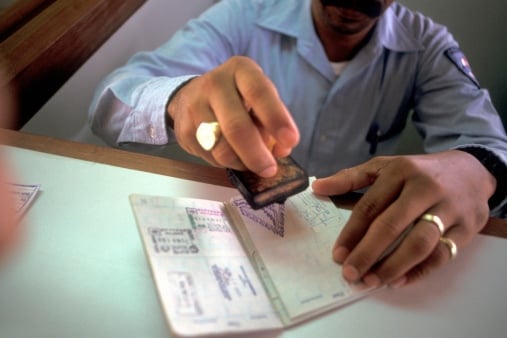 The Indian government has announced that it has deferred the requirement for mandatory online registration by Indian passport holders travelling to 18 countries – including the UAE – for work.

The regulation, which was first announced on November 14, required those with ECNR (emigration check not required) passports to register online on the eMigrate portal, www.emigrate.gov.in.

The ruling was slated to come into effect from January 1, 2019 and the ministry had warned that those who failed to pre-register risked being offloaded at the airport.

Read: Indians travelling to UAE for work must pre-register online

However, in a new advisory issued on Tuesday, the Indian Ministry of External Affairs said the decision would be deferred.

“The government of India has decided to defer mandatory pre-registration for non-ECR passport holders with employment visa of UAE and other affected countries,” the Indian embassy in Abu Dhabi said on Twitter.

The ministry said it had been made aware of the the “difficulties faced by them [non-ECR passport holders] in registration on www.emigrate.gov.in”.

“The Indian missions in those countries have also forwarded representations received by them from the local Indian community. In view of the above, the competent authority has decided to keep this advisory, regarding registration of non-ECR passport holders, in abeyance until further orders.”

In response to the concerns raised by NRI community, the Government of India has decided to defer mandatory pre-registration for Non-ECR passport holders with employment visa of UAE and other affected countries. @navdeepsuri @HelplinePBSK @cgidubai pic.twitter.com/hCcaWwRhkH

The move was introduced as a “measure of extending protection and ensuring Indians’ welfare overseas”.

The e-Migrate portal was launched in 2015 to enable Indian citizens with ECR stamps on their passports to get their jobs confirmed. It is mainly aimed at protecting the interests of unskilled and illiterate blue collar workers.