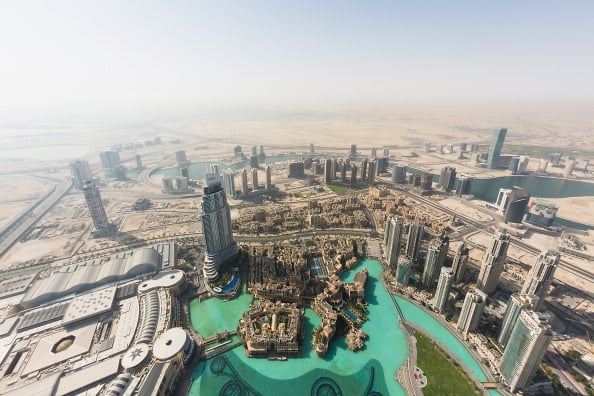 Villa values rose by an average of 21 per cent in the second quarter of this year, compared to 24.4 per cent last year while apartments recorded capital value increases of 25.1 per cent in Q2, almost double from the same quarter last year.

However the values remain 31.1 per cent below the previous peak suggesting that recent IMF concerns about market overheating may prove to be negative, said Cluttons.

The report also said that the drivers behind the current price growth do not mirror those seen during the market peak in 2008.

The increased demand seen in Dubai’s residential market can be attributed to favourable lending rates which are encouraging buyers to invest in real estate and soaring rents that are urging tenants to consider home ownership as an option, said the report. Dubai has also benefitted tremendously from its safe haven status for refugee funds from the Middle Eastern region.

The report also notes accelerated demand in the well-established sub-markets in new Dubai owing to job creation. This is evident in the rise of rental values, which rose by 11.3 per cent across Dubai during the first half of 2013, said Cluttons.

“The resounding success of Dubai’s residential market so far this year should not come as a surprise given the magnitude of the correction recorded during the bottom of the market; we are still far off the previous peak, when growth was far more unsustainable,” said Steve Morgan, head of Cluttons Middle East.

“The acceleration in residential capital values this year has been underpinned by robust levels of job creation and a rising population, rather than being fuelled by ‘fly-buy’ dealers, as was the case in the past. We are yet to see a definite solution on the matter, although this is less concerning than in 2008, given the increased number of end-users in the market.”