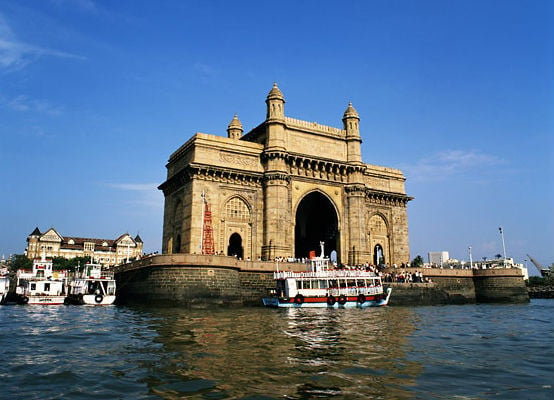 Economists are beginning to talk about a return to form for India in 2013 after years out in the wilderness following the global crisis.

The fact is that India was hit hard, especially by capital flight from the country, and has been struggling to regain its balance and credibility ever since.

The idea of a New India, long buried since the crash, is beginning to rear its head again, it seems.

This year, real GDP growth is forecast by Euromonitor International to rebound to 5.4 per cent, from 3.8 per cent in 2012, which was its slowest rate of growth since 1991.

The 2013 output growth will be an improvement over 2012 but still slower than recent years and also decidedly below the nine per cent real GDP growth required to keep the economy operating at capacity.

Between 2003 and 2008, real GDP growth averaged 8.6 per cent a year in India. And between 2008 and 2013 the figure was 6.6 per cent real growth. This, says Hilary Walsh, economy, finance and trade manager at Euromonitor International, puts the Indian economy at a distinct disadvantage.

“The global economic crisis of 2008- 2009 has most certainly left a mark on the Indian economy, changing the country’s growth trajectory and negatively impacting its external market. As one of the BRIC (Brazil, Russia, India and China) economies which were synonymous with high real GDP growth rates and abundant investment opportunities over the last decade, India has seen growth rates slow since the crisis began, exports have dropped, the current account deficit has widened and inflation has risen significantly.”

According to Euromonitor forecasts, as the second most populous country in the world in 2012 and the 12th largest consumer market in dollar terms, India is a key emerging economy yet its structural imbalances, teamed with the legacy of the global financial crisis is preventing it from fulfilling its potential.

Matching the pre-crisis levels of capital from foreign institutional investors (or FIIs) is where India has really struggled to gain ground.

It has made solid progress in recent years though, but this seems to have tailed off recently.

Research from the Economist Intelligence Unit found in 2012 net inflows from FIIs into Indian equities reached $24 billion, the largest level since 2010, and the second-biggest inflow in 14 years.

Greater global liquidity, the depreciation of the rupee and the pick-up in investor sentiment following the government’s bout of reforms in September 2012
all contributed to the rise in inflows. However, in recent months FII inflows have fallen, perhaps deterred by the uncertain domestic political environment.

In April 2013 net inflows from FIIs into Indian stocks fell to $980 million, from $1.9 billion in March and more than $4 billion in each of the first two months of the year.

Paritosh Tripathi, CEO of the State Bank of India, said: “The immediate impact of the crisis was felt through large capital outflows and consequent fall in the domestic stock markets on account of sell-off by foreign institutional investors and steep depreciation of the Rupee against US Dollar.”

So are there any bright spots in the search for New India?

Well there are several fundamental aspects of the Indian economy that are still highly attractive to prospective investors. The population is young, with a median age of 25.7 years in 2012, while in China the median age in 2012 was 39.7. As such, it’s estimated that India won’t face problems of an aging population until at least 2050.

Around six million of the country’s households are considered to be ‘rich’ and spend more than $28 billion per year.

According to latest estimates, by 2015 India’s consumer market could match that of Italy’s in absolute terms and by 2025 it will trail only those of the USA, Japan, China and the UK.

Meanwhile, the real value of private final consumption grew by 3.2 per cent in 2012 and gains of 4.7 per cent and 6.2 per cent are expected in 2013 and 2014 respectively, according to Euromonitor.

Shrikanth S, a team leader in the business and financial services practice at Frost & Sullivan says there are some leading lights of industry emerging outside Information technology (IT) and related services, which are widely considered the backbone of the Indian economy.

“In the aerospace and defense sector, the Indian military is expected to spend around $80 billion over the next four to five years. The country currently imports 65-70 per cent of its defense requirements,” says Shrikanth.

“In the automotive industry, major global OEM’s (Original Equipment Manufacturers) have increased their production capacities over the years in India. With the passenger car penetration rate at around two per cent, the number of vehicles to be sold is expected to triple by 2020 from the 2009 levels. The automotive components sector is set to grow from current a $30 billion to $110 billion over the same period.”

Meanwhile, banking is returning to form as the middle class borrows for real estate and automotive purchases. Although critics say the banking sector is too fragmented with nearly 16 and 21 listed players from the private and public sector, respectively.

But ongoing political instability may derail the search for New India.

The country also struggles with capital flight due to problems with corruption, tax evasion, political intransigence and supply bottlenecks, which all deter foreign investors.

Politically though, it is precarious at present.

With less than a year left before the current parliamentary term ends, the embattled Indian National Congress-led United Progressive Alliance coalition government is keen to counter the perception that it is corrupt and inept. There is growing speculation that Congress may choose to call elections early, in the hope of capitalising on friction within the opposition National Democratic Alliance – a centre-right coalition headed by the Bharatiya Janata Party.

Shrikanth says political uncertainty is one of the “major problems” in India’s future.

Ultimately, as has been discovered in the revolutions in the Arab world, political instability is no good for future prosperity in any country or region.

India seemed to have turned a corner,if all the analysis is to be believed.

There is a growing opportunity for the country to build momentum from within its booming industrial assets to create confidence and ultimately attract investment to regain some lost ground.