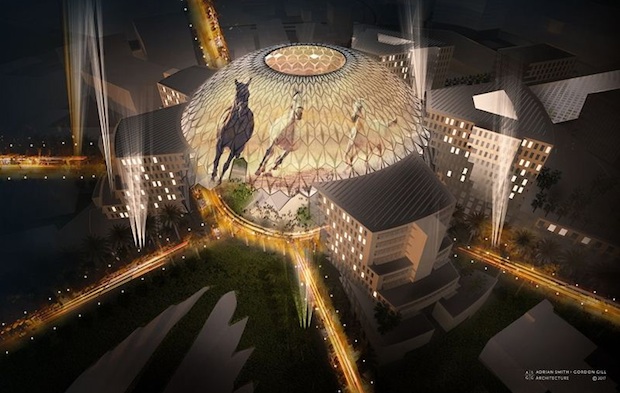 The design of the central hub of the Expo 2020 Dubai site has been unveiled and features a massive new translucent domed area with an open space.

Called the Al Wasl Plaza, the hub will be located at the centre of the 4.38-square kilometre Expo site. 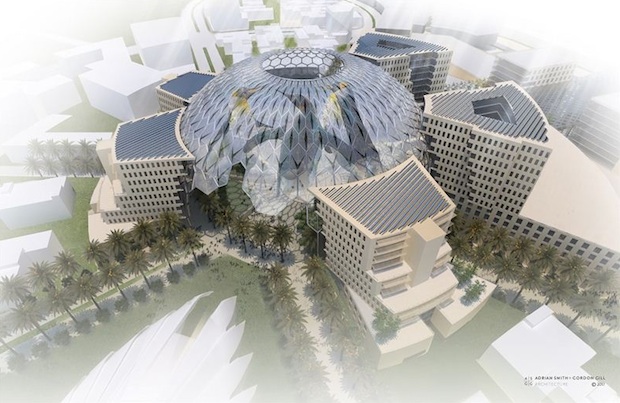 Al Wasl, which is 150 metres in diameter, will connect the three thematic districts – Opportunity, Sustainability and Mobility – as well as the other main concourses, including the Dubai Metro link and the UAE Pavilion, through its seven entrances and exits.

The plaza will be topped by a 65 metre-high translucent domed trellis inspired by the shape of the Expo 2020 Dubai logo. The trellis will act as a 360-degree projection surface. 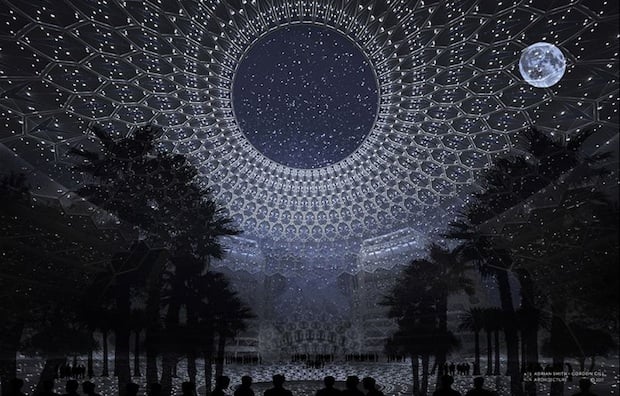 The projection will be visible to both those inside and out, a statement said. 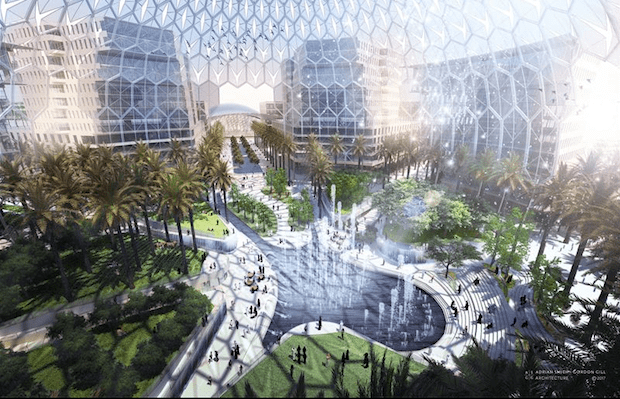 The design of the plaza also uses techniques to calibrate the temperature under the trellis with that outside. 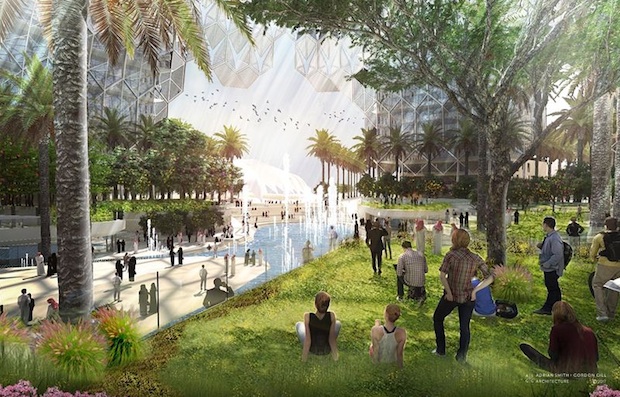 Other features of the plaza include restaurants, fountains and parks. 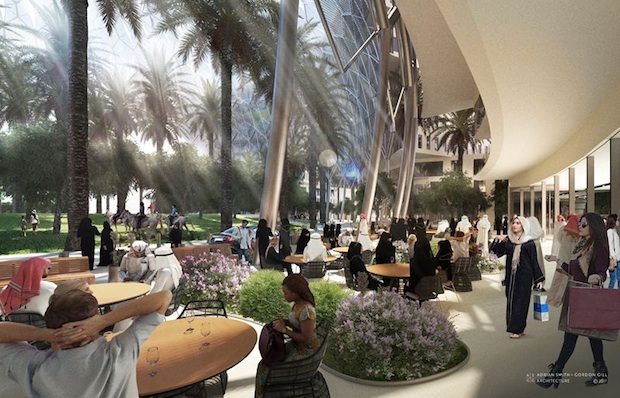 The contract to develop the site was awarded to Adrian Smith + Gordon Gill Architecture (AS+GG) following a competition.

Al Wasl Plaza will be developed alongside the other locations, such as the themed pavilions. Work on it is due to start in the coming months and is expected to be completed by the end of 2019.

The overall site is also on track to have all the heavy construction work completed by October 2019, the statement added.

“It is also the last major design element of the Expo site to be finalised. We look forward to watching the plaza develop alongside the rest of Expo 2020 Dubai.”

Gordon Gill, design partner at Adrian Smith + Gordon Gill Architecture, added: “We are creating a space that will be an architectural landmark not just for the six months of Expo but long into the future.”

The plaza will host events throughout Expo 2020 Dubai, which runs for six months from October 2020 to April 2021.

After the event ends, the plaza will continue to host small and large-scale events, such as National Day celebrations.

Currently, plans are on to convert the surrounding buildings of 10 to 13 storeys for hotels and commercial use.