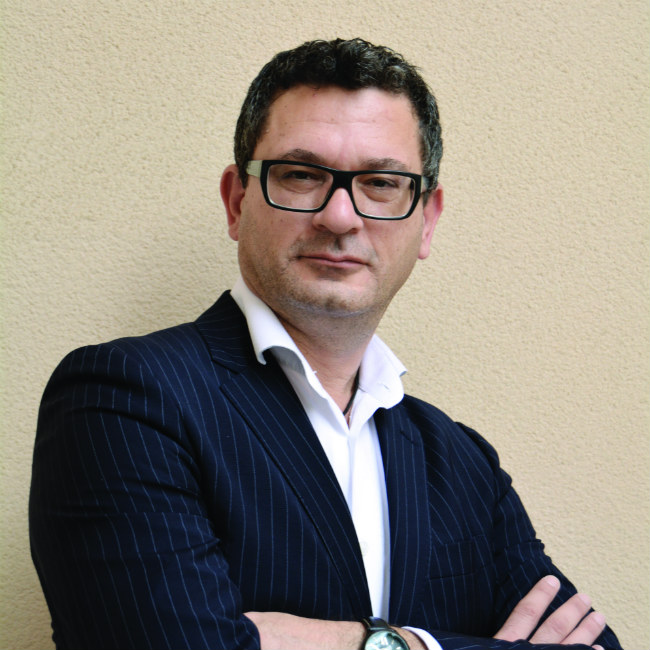 While businesses spend a lot of time and energy planning their finance, HR and marketing policy in order to ensure their success, many neglect another important factor: intellectual property.

I have spoken to many business owners and managers who, while understanding what IP is, erroneously believe it does not apply to their business. Many think that it is only of concern to large multinationals, but the truth is that no matter how big or small the company, IP can help a business realise its true value.

Size doesn’t matter when it comes to IP

Apple Inc. did not start as the huge company that we know today – it started with two young enthusiasts who had a passion for computers. Before the massive success of the company, the two Steves – Wozniak and Jobs – realised the importance of their intellectual property and in 1977 filed patent 4136359, which was to become the APPLE I computer.

It’s worth considering where Apple would be today had they thought they were too small or insignificant to protect their intellectual property. Would we as consumers have all this amazing technology at our disposal had they not filed their first patent? Today, Apple owns close to 10,000 patents.

Of course, filing a patent can be complicated and, in some cases, expensive. That is why having a clear vision and sound strategy is key. This strategy should include issues such as understanding where the company is headed, and looking at ways to exploit the IP – whether using it internally, licensing it or even selling it.

Patents are, of course, only one aspect covered by IP. A company’s trademark is another important element to consider. Think of it as similar to an individual’s reputation. A businessperson may be very well known in the market for high ethics and honesty. This is how the person is identified and their name alone could provide them with big opportunities. If one loses control over their name, it could spell disaster for their reputation and fortunes. The same is true for companies.

For example, McDonalds – with a trademark valued at about $40bn – evokes certain characteristics for different people. Some may view it as value meals, others might think ‘quick bite’ or cleanliness and another group may think fatty food. In any case, it is crucially important for the company to protect and defend its trademark so that it does not lose value to its target customer.

While driving from Dubai to Abu Dhabi, I sometimes see the McDonalds sign and decide to get some food. What would happen were I to enter the shop and discover that it is a fish restaurant, a falafel shop or Indian restaurant? Or if it were very unclean and had no relation to the McDonalds I know? Would I then be inclined to stop the next time I see a McDonalds sign? Multiply that by the number of people who would have the same experience, and it’s not hard to see why the value of the brand would suffer, potentially bringing the company into ruin.

The same is important for small businesses. Many people that launch new businesses dream of expanding to become leaders in their field or industry, so it is essential that they consider from the very beginning how they will protect the name of their company. This, after all, is one of the main ways they differentiate their business, products or services. Consider that Amazon.com filed for its trademark the same year it launched operations in 1995.

Protecting your trademark early on allows you to shape your company’s name. It allows you to show customers certain aspects of your business, giving them a clearer idea of who you are and what you do. If you do not protect your trademark, you could be losing potential investment, licensing or franchising opportunities that might be essential to your future growth. Furthermore, if you do not register your trademark, someone else might register it and cause many problems for your growing business.

Strategy and the future

Much like anything in business, the importance of IP – whether patent, trademark, copyright or industrial design – is in its value to the company.

Some companies file many patents in a year, but only a few might end up being used in their core business and products. But that does not mean that the patents not used are worthless. Other companies, perhaps even from different industries, might have a use for or interest in these patents, so the company that owns them has the option to either license the patents or sell them. These can be quite lucrative deals bringing in a lot of money to help in expansion and profitability.

This particular avenue can also be very useful to an individual inventor or small company. Imagine that a small company invents something in its field and files for a patent in its own country, but does not have the finances to file in all the countries it wishes to protect its invention. In such a case, it could reach a licensing agreement with an industry leader and use the proceeds to file the patent everywhere else.

However, it is important to note that none of these options would be available if it does not take the initial step of protecting its invention.

Your rights, their rights

Having knowledge about IP is important for another reason. By understanding the basics of IP, a business can shield itself from infringing on others’ IP rights and thus avoid legal action and associated costs. A simple example would be a picture, which your marketing team found on the internet and then used on your company’s website. Chances are the picture is protected by copyright, and the company could find itself receiving legal notices and infringement notices threatening legal action.

Even more dangerous is for a company to use a product or process that is protected by a patent only to find itself the recipient of a multi-million-dollar legal case by the owner. A case in point is the $600m judgement against Apple for infringing against a patent held by VirnetX Holding. The same could happen by copying or using a similar trademark to that of a competitor. Microsoft was sued by BSkyB because Microsoft’s SkyDrive infringed on one of BSkyB’s trademarks.

As much as a business might defend its own rights, it should realise that if it infringes against another’s rights then it may face legal action and pay for it.

The value of IP

Intellectual property confers property rights to the owner, meaning they can use this property, rent (license) it, or sell (assign) it. The main difference between IP and other types of property is that it is intangible and not as easily valued as material objects such as cars. When selling your car, it is easy to put a value on it since there are many other cars being sold from the same brand and year, making it easy to compare.

Trying to value a trademark, however, becomes more difficult. There aren’t any other McDonald’s being licensed or sold, for example. Even if you are to look at other leaders in the market, such as KFC, there are as many differences as there are similarities. The same applies in the case of a patent where it is a new invention and thus comparison might not be readily available.

Valuation of IP becomes critical when it is being offered for sale or license. By not involving an experienced valuator to place an appropriate value, a company that is looking to sell a patent might miss out on a few million dollars. On the other hand, a restaurant might value its franchising fees or license too high, thus turning away potential opportunities.

Intellectual property can be one of the main factors in making a business venture successful and profitable, but is rarely viewed as such. Many business owners consider it an added expense.

It can indeed be expensive for a company to file its IP, especially in multiple countries and for multiple brands and products. But in the long run, the cost of not protecting your intellectual property could be much higher.