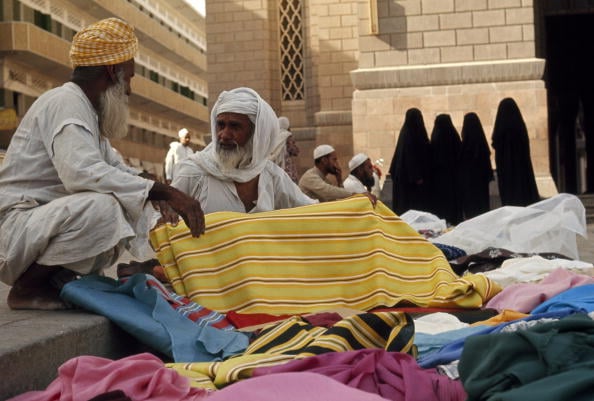 When a watermelon seller set himself on fire in Riyadh last month, it may not have set off an Arab Spring, but it did call attention to a rarely discussed issue – the plight of stateless Arabs living in the world’s top oil exporter.

Mohammed al-Huraisi doused himself in petrol and set himself alight on May 15, echoing the act of desperation by Tunisian street vendor Mohamed Bouazizi in December 2010 that was the catalyst for the Arab revolt.

Relatives said local officials had stopped him from selling his produce on a street corner in a poor Riyadh neighbourhood because he didn’t have a permit.

“He threatened to burn himself six months ago as well. He had pressure from debt and thought he might lose everything,” the dead man’s father, Ali al-Huraisi, told Reuters.

The Huraisi family, originally from the Saudi-Yemeni border area, now lives south of Riyadh. Their ramshackle house lies down a road that passes date farms and rubbish-strewn plots, where stray dogs scamper between broken trucks.

Their poverty is familiar to many Saudis, but their situation is different because they are bidoon, the Arab word for stateless.

What to do with the large number of undocumented immigrants in Saudi Arabia, drawn from across the world by the country’s wealth, is an urgent issue as Riyadh tries to reduce a black market in labour.

The Saudi labour ministry said this week more than 1.5 million foreign workers have changed their residence status since April ahead of a planned crackdown on illegally registered expatriates. More than 180,000 have left the country.

But when it comes to the bidoon, there is almost no publicly available information, little press commentary and close to zero public awareness.

The Saudi situation is a sharp contrast with the tens of thousands of bidoon living in neighbouring Gulf Arab states, who have gained new attention in calls for reforms in the wake of the Arab Spring. Stateless activists in those countries have been energised to seek more rights.

Like illegal immigrants, Arab stateless lack the identification documents given to Saudi citizens, which renders them ineligible for state benefits such as free health care and education or government jobs, or to legal foreign residents.

But unlike most other stateless in the Kingdom, however, the bidoon are given temporary identification documents that have to be renewed every five years.

Some are descendants of peoples from nomadic tribes who were not officially registered when modern borders were set and nation-states created last century. Others migrated to Saudi Arabia more recently in search of a share of its oil wealth, shedding old national identities along the way.

Saudi officials contacted by Reuters declined to comment on the issue of the bidoon or on Huraisi’s specific case.

There are no public official figures for the number of Arab stateless in the country but the United Nations estimates there are 70,000 stateless from around the world, although activists say this figure is very conservative.

“The procedures and mechanisms taken by the government to handle the issue of the bidoon need to be made faster and more intensive to urgently end this issue,” Khaled al-Fakher, secretary general of the National Society for Human Rights, a government-licensed body, told Reuters.

One bidoon who belongs to the large Onaiza tribe that inhabits Saudi Arabia, Iraq and Kuwait told Reuters he cannot fly, get a driving licence, open a bank account or own a house or business.

A resident of the down-at-heel Nadhim neighbourhood of Riyadh, where many other bidoon live, the man asked not to be named because he feared it might jeopardise his attempts to find work and access government services.

Relatives have had to register their property in the names of Saudi friends or associates, he said.

“We all hope to get Saudi citizenship,” he said.

The Huraisis say they are part of a large clan from southern Jizan Province that had Saudi nationality decades ago.

Wearing the ornate dagger customary in Yemen and southern Saudi Arabia, Ali al-Huraisi produced photocopies of his old Saudi national identification card and driving licence, which he said demonstrated he had once been officially registered as a Saudi citizen. They showed his date of birth as 1950.

“Without Saudi identity papers we cannot even find work. But I was a Saudi citizen. I was in the army,” he said.

The authorities say the Huraisis were always Yemeni, according to the family’s lawyer, Ahmed al-Rashid. He said he has pushed the government for years to resolve their status, but without success.

Relatives described Mohammed al-Huraisi’s mounting debts and frustration over his stateless status. In past confrontations, local officials fined him and confiscated his identity papers and even his car, his father said.

A former colleague and relative, Mohammed Ali Hakami, 34, said Huraisi phoned him shortly before killing himself to say he was having another argument with officials.

Hakami drove to the scene in time to see the dying watermelon seller being lifted into an ambulance. A photograph on his phone that he said was of Huraisi’s pick-up truck showed watermelons piled high in the back and scorch marks on the side.

Two photographs taken by family members show Huraisi lying in bandages, surrounded by medical equipment and with burns visible across his face, in the hospital bed where he died later that day.

A few metres around the corner from the scene of the immolation, a Yemeni man had parked his pick-up truck and was offering fruit for sale.

Asked if he knew about the incident a week earlier, he shook his head, shrugged and turned back to his watermelons.