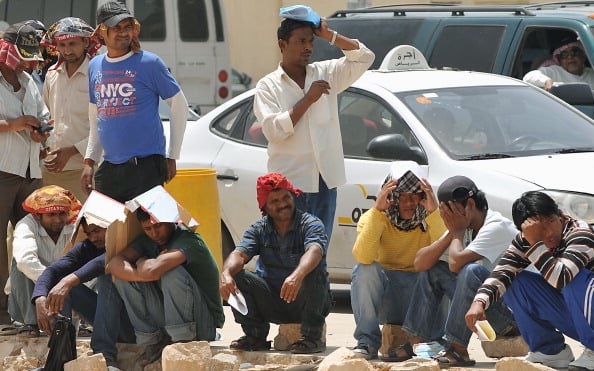 Illegal foreign workers that failed to participate in Saudi Arabia’s recent amnesty period are facing up to a six months in jail, a SAR50,000 fine and deportation, according to reports.

Arabic publication Al-Madinah cited the kingdom’s Passports Department as saying the punishments were part of a crackdown campaign and would depend on the severity of the offence.

Workers found to be working independently in a first time violation will be fined SAR10,000 ($2,666) and deported and second-time offenders will be fined SAR25,000 ($6,665) and jailed for one-month before being deported.

Those caught a third time will face the maximum SAR50,000 ($13,331) fine and six months in jail before being deported.

Last week, the kingdom ended a four-month amnesty period allowing those working or staying in the country illegally to leave without penalty and return at a later date with legitimate work.

Roughly 600,000 violators took part in the amnesty, well short of the more than one million some expected.

Reports suggested that some workers were expecting the amnesty to be extended further to cover the Haj period, when they hoped to make more money before returning home.