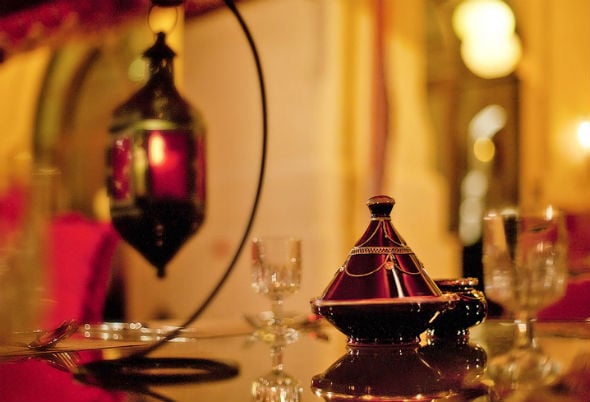 Following the lucrative months of April and May, the hospitality industry in Dubai tends to dip going in to summer, in part because tourists are dissuaded by the emirate’s soaring temperatures.

The summer months, coupled with the restrictions of Ramadan, spell tough times for hotel revenues, particularly within the food and beverage (F&B) sector.

According to a 2012 survey from TRI Hospitality Consulting, hotel occupancy rates in Dubai plunged by 11 per cent on average in the summer months. The twin hitters of Ramadan and summer last year were also reported to have negatively impacted the F&B sector.

While hotels are facing similar circumstances this year, with Ramadan falling in the summer months again, it’s too early to predict the hotel revenue numbers for this historically quiet period.

However, first half results for 2013, particularly for June, have been encouraging for hoteliers.

Official figures from the latest HotStats MENA Chain Hotels Market Review by TRI for the month of June this year reveal that Dubai’s hotel occupancy rates have risen by 3.6 percentage points to 79.2 per cent from the same period last year.

An increase in F&B revenues in June helped to drive a 7.3 per cent growth in Total Revenue Per Available Room (TrevPAR), boosting profitability by 12.2 per cent.

The numbers may bode well for the beginning of summer, but the seasonal restrictions of Ramadan render growth across the full summer period challenging.

Industry experts admit that, just like any other city, Dubai is “seasonal”.

However, this year the dual combination of Ramadan and summer has conversely boosted business, unlike previous years.

“Although hotels generally experience a lower occupancy rate during the summer months, the fact that Ramadan has coincided with this trend gives hotels the boost they need,” says Josef Kufer, chief operating officer, Emaar Hospitality Group.

“Instead of recording revenues through occupancy, this is a period where most hotels make up for those revenues through events, such as social and corporate iftars, while the restaurants of the various hotels tend to record high visitor footfall as a result of their Ramadan and Eid offerings,” says Kufer.

The lean periods of previous summers have taught hoteliers key lessons in realigning their strategies to maximise slow periods, especially within the F&B sector.

“Our F&B business needs a different approach during Ramadan to make the most of iftar and suhour opportunities,” says Tim Cordon, general manager of Radisson Blu Hotel at Deira Creek.

One of the ways to attract customers to suhours and iftars is to enhance their aesthetic appeal in line with local traditions.

“We have transformed our ballroom into a traditional Ramadan setting, creating an authentic environment which with our creek side location has been extremely popular, in particular with the local market,” says Gordon.

Gordon says that since both individuals and corporates engage in iftars and suhours, the hotel experiences increased footfall, which, in turn, boosts the firm’s hospitality revenues.

However, Kufer notes that the market is extremely crowded and fosters intense competition.

“Restaurants needs to include elaborate menu spreads, traditional live music and décor, among others – so those costs need to be met,” he emphasises.

Aside from boosting the hotel revenues during Ramadan, corporate suhours and iftars have additional benefits.

“When organisations choose to host large-scale events in hotels, more often than not this results in loyal clientele that continue to return to the hotel,” says Kufer.

Dubai’s no less alluring in summer

Unlike the previous summers, the Dubai hoteliers are seeing a steady rise in tourist numbers.

“Dubai has recorded steady footfall, with tourists from all over the world coming to the city to experience what the city has to offer during the summer,” says Kufer, referring to the healthy occupancy rates in the hotels he manages.

The latest figures from the Dubai Tourism and Commerce Marketing (DTCM) reveal that Dubai received close to 5.58 million visitors in the first half of this year, while hotel revenues reached Dhs 11.62 billion.

Despite 16 new hotels being launched in the emirate, room occupancy averaged almost 85 per cent in the last six months.

Gordon agrees that hotel occupancy rates have been better than last year.

The hoteliers attribute increased visitor footfall this summer to initiatives like ‘Summer is Dubai’ and ‘Dubai Summer Surprises’, which work to boost entertainment and leisure options, even during Dubai’s most inhospitable season.

Naturally, the effect of increased visitors to Dubai has also trickled down to the F&B sector.

“The hotels are also recording higher visitor patronage through their food and beverage outlets,” confirms Kufer.