IBM To Expand In The ME | UAE News 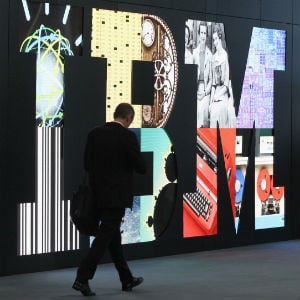 Global technology giant IBM is planning to expand its presence in the Middle East and open more regional offices as part a key global campaign, according to a senior executive.

IBM has established offices in Dubai, Abu Dhabi and Saudi Arabia, and in April this year also opened an office in Doha, Qatar.

“Going ahead, there is a lot on our agenda – more hiring, more expansion and being closer to our customers,” Bashar Kilani, territory manager of IBM Middle East told Gulf Business.

Without divulging precise details, he said that the hiring would take place both locally and from outside the region.

“Over the last few years we have had many people join our team from IBM worldwide. We have had a lot of focus on getting top skills from major markets coming to this region and building expertise here,” he said.

“It’s not just sales and marketing people [that we are hiring], it’s also subject matter experts, architects and other knowledgeable people from all over the world.”

The focus on the region is part of the company’s global five-year roadmap, through which IBM is committing to deliver $20 per share (up from $10 per share) by the end of 2015.

IBM is concentrating on four main initiatives to achieve this goal including: helping build smarter cities, exploring business analytics, working on cloud computing and a geo-expansion strategy – especially in the growth markets.

“In 2010, the growth markets contributed 20 per cent of IBM’s overall revenue. We want to be as close as possible to 30 per cent by 2015. Which really means that the growth in the emerging markets needs to be almost 50 per cent of the growth of the overall company,” explained Kilani.

“I think the Middle East is quite uniquely positioned for the roadmap because geo-expansion is very relevant here. The smarter cities initiative is also extremely significant because we have a number of cities developing faster than anywhere else around the world.

“Doha is preparing to host the 2022 FIFA World Cup, while Dubai is preparing for World Expo 2020. Smarter cities in this part of the world is quite appealing,” he said.

So far this year the company has seen excellent performance, said Kilani.

“We have had a good solid quarter, good revenue and market share gains. The UAE, Qatar, Kuwait are all doing well. Our software business is doing exceptionally well, and we also have good results from our services business and certain brands in hardware,” he said.

Going ahead, the company expects to post more expansion announcements.

“We are in the growth market unit, very big around driving growth, so you will hear about new cities and locations opening up very quickly in the region,” Kilani said.