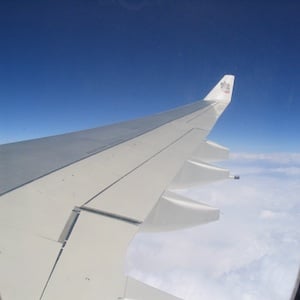 In contrast, cargo markets contracted by 0.7 per cent for the year, but recorded positive demand growth in December of 0.2 per cent.

“Given the weak conditions in Western economies the passenger market held up well in 2011. But overall 2011 was a year of contrasts. Healthy passenger growth, primarily in the first half of the year, was offset by a declining cargo market,” said Tony Tyler, IATA director general and CEO.

“Optimism in China contrasted with gloom in Europe. Ironically, the weak euro supported business travel demand. But Europe’s primarily tax and restrict approach to aviation policy left the continent’s carriers with the weakest profitability among the industry’s major regions. Cautious improving business confidence is good news. But 2012 is still going to be a tough year.”

Passenger demand for December rose 5.4 per cent compared to the same month in 2010. But the trend since mid-year has slowed, as travel markets react with a lag to the declines in confidence that weakened cargo in the second half of 2011.

Comparisons with December 2010 are also distorted as severe winter weather in Europe and North America as well as strikes in Europe suppressed demand.