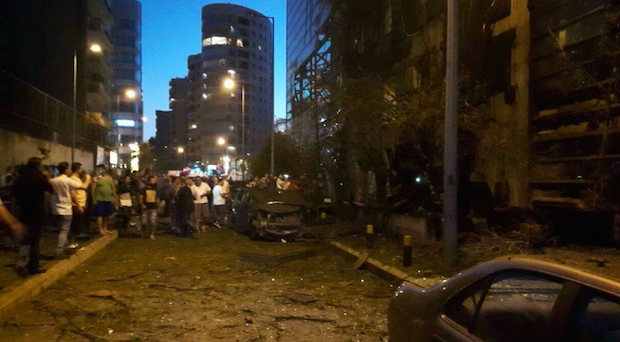 Beirut was hit by a powerful blast on Sunday evening, with no casualties reported in the incident.

The explosion reportedly took place on a mostly empty street in the Verdun district outside Blom Bank at 8pm.

“Politically it is clear that target was Blom Bank only,” Lebanese interior minister Nohad Machnouk said.

While there has been no official confirmation, The Daily Star newspaper quoted an unnamed source as saying that the explosive device weighed about five kilogrammes. According to reports, the device was placed under a car.

A big explosion took place in #Beirut from a bomb under a car. No reports of casualties yet #Lebanon pic.twitter.com/6QDSE3DOV4

Many photos surfacing of the explosion in #Beirut #Lebanon (Various sources, friends and online users) pic.twitter.com/9fuEfxEkvt

The explosion took place during iftar time, as people were breaking their fast.