How To... Set Up A Business In The UAE - Gulf Business 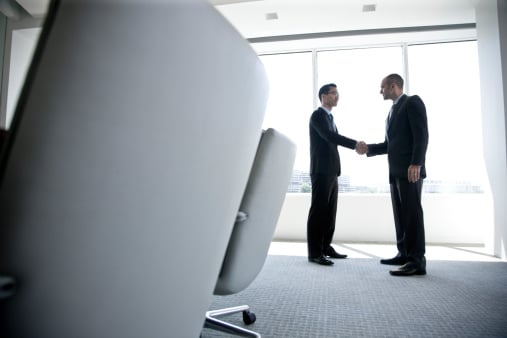 The UAE has become a hotbed for start-ups and new businesses in recent years with many a successful entrepreneur and SME having founded their empires in the emirates.

But as with starting a business anywhere, there are several procedures you need to follow should you stand any chance of being behind the next big thing in the region.

The first thing to do is familiarise yourself with the Federal Law No. 13 of 1988, also known as the Commercial Companies Law. This is your rulebook to stick by.

Initially you need to ask yourself, particularly if you’re thinking of setting up a business in Dubai, do you want to do so in a free zone or not?

The advantage of a free zone is they allow 100 per cent foreign ownership. But outside of a free zone, the Federal Law stipulates a total local equity of not less than 51 per cent in your company – that means you will own only 49 per cent of your business.

The Law also gives seven categories of business organisations which can be used to establish a company in the UAE. What’s more it defines the requirements of these categories in terms of minimum capital levels, incorporation procedures and shareholders. It also lays down provisions that govern what happens in a merger or dissolution of the company.

This is why it’s so important to read and remember the Commercial Companies Law.

One of these seven categories is Limited Liability Company (LLC) and is one of the more widely used options. An LLC can be formed by as little as two people with a minimum capital of Dhs300,000 ($82,000) and can be completed in as quickly as one week.

Most companies that employ expatriates are an LLC as this is the only option to ensure the maximum ownership of 49 per cent of the company. That means the remaining 51 per cent needs to belong to a UAE national, known as a local sponsor, partner or agent.

It is unusual for a sponsor to be involved in the day-to-day running of the company, or any operational decisions. They will play a key role however in obtaining visas and labour cards. In return it is likely the sponsor will be paid a percentage of the company’s profit or turnover, or whatever agreement is reached between the two parties at the start of the relationship.

Foreign companies looking to start a business in the UAE can establish either a branch office or a representative office, but both options have their own restrictions on what activities they can conduct.

A branch office is, in effect, a fully-fledged business and is therefore permitted to conduct all aspects of business as it sees fit. A representative office however is simply that – it represents the company and has no real commanding power.