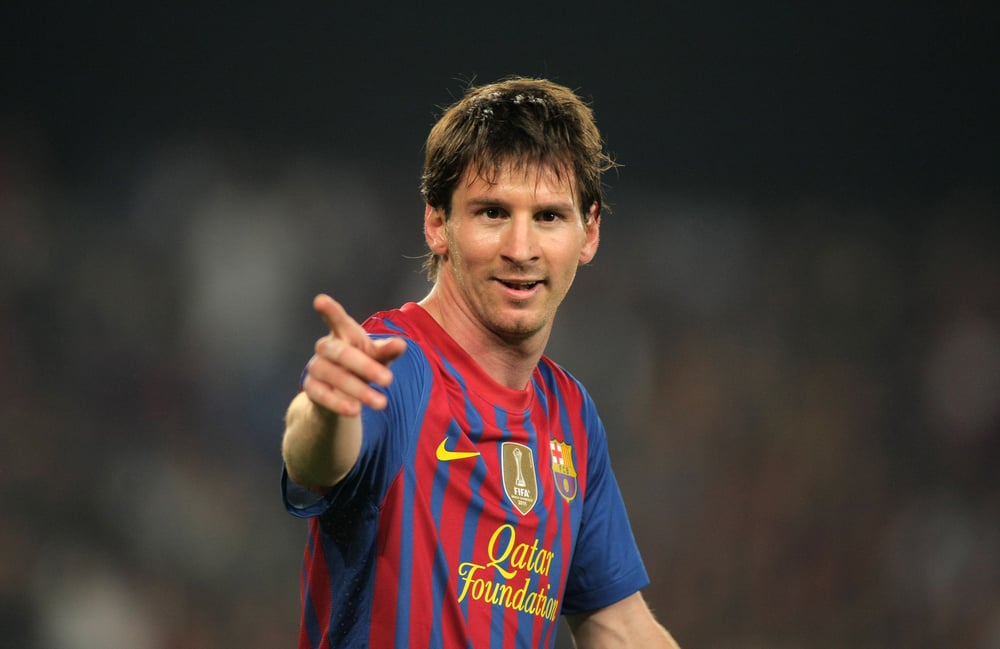 Twenty five-year-old Leo, who plays as a forward for La Liga club FC Barcelona and the Argentina national team, has been hailed as one of the greatest football players of all time.

The winner of four consecutive FIFA Ballon d’Or awards – which honours the world’s top player of the year – Messi is Barcelona’s all-time top scorer with over 300 goals.

The Argentine was appointed as the captain of his national team in 2011, and has led the team to win in most of its games since then.

Football legend Diego Maradona, a former Argentine captain, said that he always envisioned Messi captaining the squad. “I saw him in that position, as a leader,” he told DeporTV. “Leo is a great guy… He has an incredible present and future.”

The 11th richest sportsperson in the world, Messi is expected to earn $25.7 million as his basic salary for 2013, not including contract bonuses and appearance fees.

He also makes millions through his endorsements: he was most recently named as the global ambassador for Ooredo (formerly Qatar Telecom), and also has appeared in ads for Adidas and Turkish Airlines.

Stand as a symbol

Appointed as a UNICEF international goodwill ambassador in 2010, the football star is an ardent campaigner for children’s rights. His Leo Messi Foundation, started in 2007, also aims to provide opportunities for deprived and vulnerable children.

But despite all his achievements, the little maestro says he has his feet firmly on the ground. “I have no ego,” he said in a recent interview with Esquire. “Or at least I feel like I do not. I still have to improve on everything.”