How to organise a cost-effective business trip - Gulf Business 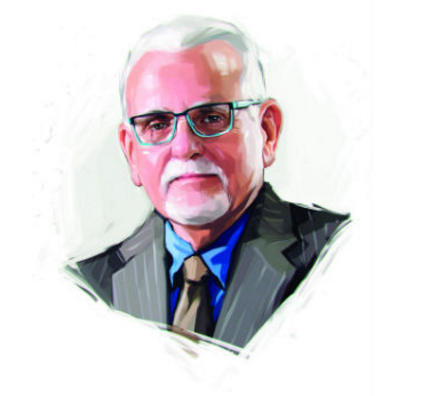 Time equals money. This cliché has prob ably been around in various languages since the first currencies were chipped out of rocks. Before currencies, in a barter society, the cliché was probably ‘my time equals your stuff ’.

One might be forgiven for thinking that employee productivity is not an important issue here in the Middle East due to the fact that it is not openly discussed. However, oil companies transport nearly all levels of personnel throughout their many locations via aeroplanes and/or helicopters. They recognise that employees have accountable costs per hour. Therefore, they must try to attain the most reasonable level of productivity they can with those hourly costs. Let us call it return on investment in employees. Basic maths shows that an employee who spends half an hour getting to his site on a helicopter is much more valuable than the comparable employee who spends half a day of non-productive travel time on a boat or bus. Put 11 to 12 other employees on that same helicopter and the time/cost savings have even greater significance.

So, how about executive jets? Does the same concept of employee timesavings still apply? It does, with a little bit of maths it becomes apparent that executive jets do save both time and money.

All business travel falls into either one of two categories – operational or strategic. Operational travel would include oil company employees commuting to their work locations in the most economical way possible. Other operational items would include travel for meetings, routine sales calls or any of the other normal travel requirements of a company.

Strategic trips include items such as closing a last minute issue on a contract or making a very important sales call on a special customer. Strategic trips mean big money issues that require fast action and are important to the company and its continued growth and success. A strategic trip might also include a medevac flight to transport an injured employee to a location for better medical treatment. It is not uncommon for operational trips to cross over into the realm of strategic trips An example of that would be transporting lower level personnel into, or out of, sites of potential adversity.

Now let us look at what constitutes an employee’s cost and value. One is the total cost per hour that an employer must pay to retain the services of any employee. Two is the value of that cost to the company. An executive who only generates revenue equal to his level of cost is not very effective. Executive time cost is determined by combining all of the costs that are required to keep an executive and his family on site. These include basic pay, bonuses, housing, medical, transportation and education.

For this exercise we will use an imaginary executive at a total $500,000. We will leave out the possibility of a bonus that would push that annual cost even higher.

The next step is to break that cost of $500,000 per year down to a cost per hour. Again we must make some assumptions. Out of a 12 month calendar year, when you account for vacation time and holidays, the employee probably only works for 10 months. Again, this is negotiable in your own computations.

Unless there was a unique, underlying reason, you probably would not invest in a piece of capital equipment that only generated the return of its cost. If that piece of machinery does not generate increased value/revenue why bother with it?

If our sample employee only generates $312.50 per hour worth of value back to the company that employee is not really productive enough to keep. Remember though, value is not just determined by revenue generated by an employee. The function of some employees might be to generate ideas or expedite the flow of administrative functions to conserve costs – and cost savings go straight to the bottom line.

Executive time value varies with the level of employee within a company. Ratios of value range from 1.5 times the annual salary for low-level employees to up to 10 times or more for chief executives. After consideration by top management, human resources departments should be able to factor the multiples of employee value for your specific organisation.

Now that we have a dollar figure to use in computing travel costs, let us look at what might be a typical business trip requirement here in the Gulf.

We randomly selected a meeting in Riyadh and then asked a travel agent to determine what sort of travel schedule would be required. On current airline schedules our executive would have to leave at one or two o’clock in the morning in order to arrive in Riyadh for a normally scheduled meeting. A prudent company would send the executive the afternoon or evening before. In that case, there are additional expenses.

Now consider the time savings that would be involved on a business trip to multiple cities in one day. Or perhaps to cities in countries where the airline schedules are not as convenient, or the airlines themselves are questionable in regard to the safety of your personnel.

An executive jet, whether chartered or privately owned, should not be considered incredibly exclusive and attainable only to the highest-ranking executives within a company. It should be considered a business tool that makes actual, real and accountable contributions to a company.

The next time a charter company representative calls on you do not jump to conclusions and make the mistake of saying: “You’re too expensive.” Take the time to discuss the issue to determine if that is the case. Time really does equal money and an executive jet is a time – saving business tool.