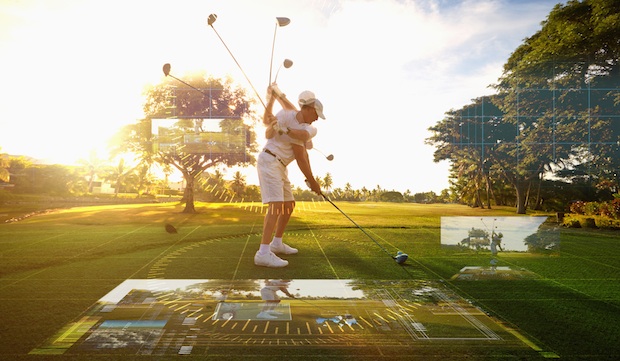 As the temperatures continue to sizzle outside, one of the few saving graces is that another summer of sport is in full swing on our television screens. Euro 2016 has been and gone, as have the traditional summer staples of Wimbledon, The Open, and the Tour de France. The Olympics in Rio is ongoing, with the kick-off a new Premier League season following hot on its heels.

So there’s barely time to pause for breath, but now is as good time as any to consider the increasing role that technology is playing in the field of sports. It’s fair to say that its use has become pervasive right across the board, from football to motor racing and everything in between – including tennis, cricket, cycling, baseball, sailing, hockey, and far too many others to mention.

In Formula 1, for example, teams such as Renault Sport F1 have been investing heavily in converged infrastructure (EMC converged platforms) and cloud (Microsoft) as they bid to boost productivity and gain an edge on the track by engaging in real-time analytics. Meanwhile, a whole host of footballing giants have partnered with technology vendors to improve team performance and enhance the overall fan experience, with Bayern Munich (SAP), Manchester City (SAP), and Real Madrid (Microsoft) being the most prominent.

In the cold, hard reality of the business world, most organisations engage in analytics to seek a competitive edge, and things are no different in the world of sport.

To this end, there are three main ways in which sport analytics is used to secure a competitive advantage – team selection, opposition analysis, and performance enhancement.

The 2003 book Moneyball: The Art of Winning an Unfair Game by Michael Lewis, and the subsequent movie starring Brad Pitt, did much to highlight the critical role that analytics can play in building a team that is greater than the sum of its parts. And while not all sports teams are applying analytics to the same extent, it is now almost universally used in some form or other to help determine which players to sign and even which players to field in a particular match.

When it comes to scouting the opposition, advanced analytics have long been used to better understand the tactics employed by rival teams, providing strategic insights that can greatly assist pre-game preparation. But today this is being taken a step further, with teams now able to draw on real-time insights during the game itself and adjust their tactics accordingly.

The most important use of analytics to date has been the improvement of overall performance. For example, analytics can be used to create customised training programmes for individual players or particular scenarios. The use of analytics also enables coaches to integrate preventive measures into their programmes in order to reduce the incidence of injuries sustained by their players.

The use of technology for training purposes is not limited to creating training programmes for professional teams; it is also being used by sports academies to enhance athlete training and performance. And the Gulf region is now at the forefront of such developments, with SAP recently announcing plans to work with Qatar’s state-of-the-art Aspire Academy on the use of real-time insights for improving athletic performance.

The sports industry benefits hugely from stadium attendance, so it only seems natural that analytics and mobility are now also being utilised to promote ticket sales, assist with car parking, help fans locate the nearest F&B outlets, and ensure overall spectator security.

The use of mobile apps also enables teams, stadium owners, and sponsors to gain deeper insights into the habits and preferences of spectators and improve their overall engagement through targeted messaging and incentives.

This desire to continuously improve fan engagement has led to the development of mobile apps that fans can use to digest information and interact more effectively with the sport they are watching. This was taken a step further at Wimbledon recently, where IBM’s artificial intelligence platform ‘Watson’ analysed social media feeds and fan interaction with the championship’s own mobile app to help provide fans with ‘curated’ content that could be consumed on the go.

And with TV viewership bankrolling most top-level sports these days, data analytics is enabling broadcasters to provide more insightful commentary. Indeed, a myriad of statistics are now available for instant consumption by TV viewers, thereby enhancing their overall interaction with the sports – and teams – they love.

During cricket matches, for example, viewers are provided with real-time statistics that give an insight into which team is most likely to prevail, while at The Open last month, golf fans were treated to instant analysis of the speed and trajectory of shots while the ball is still in flight.

All of these innovations are undoubtedly helping to enhance the overall viewing experience, and the performance of the athletes on show.

That said, there is of course a limit to what analytics can do, so sporting contests will still ultimately be won by the talent and skill of the players involved. But in an era where marginal gains can make all the difference between success and failure, there is always room for improvement.