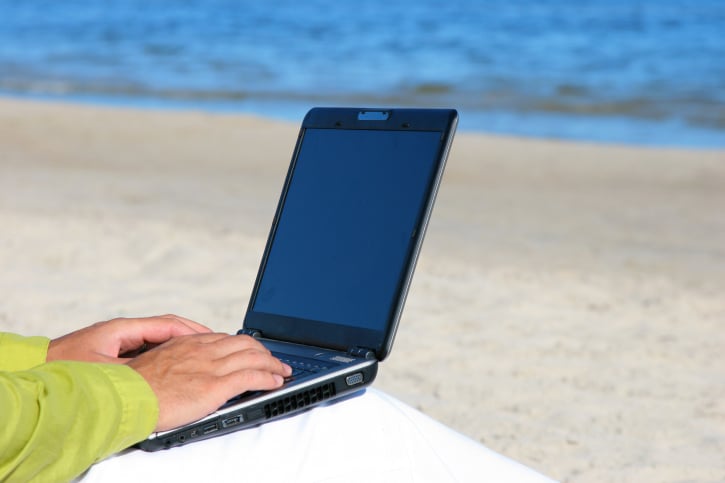 The chief editor and co-founder of the Encyclopédie in the eighteenth century was the French philosopher Denis Diderot (1713–1784).

Disowned by his father after he gave up a career in law to become a writer, he lived a bohemian poverty-soaked existence for most of his life. When it came time for his daughter to marry, he couldn’t afford to pay for her wedding.

Upon hearing of his tribulations, Russian empress Catherine the Great, a long-time admirer of the Encyclopédie, offered to buy Diderot’s personal library for 50,000 francs and asked Diderot to become her personal librarian.

He took up the offer and undertook the journey to Russia, although he didn’t like to travel.

The new earnings not only enabled Diderot to finance his daughter’s wedding, but also purchase a scarlet robe for himself.

He greatly loved this robe and soon realised that his other belongings, such as his chair, desk, rug, and other household items, looked out of place beside the lavish robe.

He swapped his rug with one from Damascus. He decorated his home with expensive sculptures. He purchased a mirror to place above the mantel, and a superior kitchen table. He threw away his spartan straw chair for a plush Moroccan leather one. One purchase led to the next, connecting in a spiral of consumption.

In fact this phenomenon, where obtaining a new possession often creates a spiral of consumption that leads to additional purchases, is known as the ‘Diderot Effect’.

We recognise this, because we’ve all done it. You buy a new armchair and then question the compatibility of the sofa you already have in the living room. Or you buy a new dress and must acquire new shoes and earrings to go with it.

In other words, there is a chain reaction of connections, with one leading to another.

The same is true of habits and ways of working.

It takes about one month for new work habits and routines to bed in. As many of us have been working at home for much longer, we’ve in that time acquired new habits, sometimes really positive ones. Perhaps we’ve taken to going for a quick walk during the day or doing a 15-minute-high-intensity workout between conference calls, or taking time to reflect in solitude as we have our morning cup of coffee.

As we start to drag ourselves back into the office, many will be anxious not to lose some of these positive habits they’ve acquired during the lockdown.

Business leaders need to be mindful of this if they want employees to be physically and mentally engaged upon returning to the office.

One way in which employees themselves can take the lead in ensuring they don’t lose sight nor track of the good habits they’ve introduced into their routine, is to connect them together to existing habits, where one habit creates a chain reaction leading to another good habit. A sort of Diderot Effect, but a positive one.

In a method developed by BJ Fogg as part of his Tiny Habits programme, he calls this idea of connecting one habit to the next ‘habit stacking’. It operates on a pretty straightforward premise – “After [current habit] I will do [new habit]”.

For example, an employee who returns to the office can decide: “After I buy my cup of coffee each morning, I will sit quietly and reflect for five minutes.”

Another habit stack might be: “After I complete my recurring two-hour video call on Tuesday, I will go to the gym for 30 minutes”; or “When I see a flight of stairs in my office, I will take them rather than using the lift”; or “When I next take a flight, I will offset my carbon by organising for a tree to be planted”.

Obviously, you can tie more than two habits together. Ultimately, you are trying to establish a chain reaction of rules to guide your future behaviour.