Evgeny Kuzin, chairman and co-founder at Bulldozer Group which started out a decade ago and has since then brought to Dubai’s culinary map many star dining concepts including Cipriani, Scalini, Shanghai ME and Gaia, has seen first-hand the crushing effect that the pandemic has had on the restaurant industry. Equally, he’s also witnessed the comeback that it has staged since then, especially in Dubai. “Before the pandemic, there were up to four restaurants opening per day in Dubai. Although the circumstances of the past year affected us all, the industry witnessed a huge surge towards the end of last year, based on pent-up demand, staycations, residents and an influx of tourists,” says Kuzin.

While there has been a return to physical attendance at restaurants, it hasn’t been back to pre-pandemic levels overall. The pandemic has pushed Kuzin, along with celebrity chef Izu Ani, to roll out a concept that they’ve been working on for the past few years – a delivery service modelled around the cloud kitchen concept called Kitch-In.

In April this year, Kitch-In launched with four digital restaurant brands including Jimoto, Seoul Sister, Gigi and Ap’ola. It has grown to include several other brands since then. “Jimoto is the Japanese word for street food, and we have included popular dishes that you can pick up on the go in Japan. Seoul Sister serves Korean dishes. Ap’ola translates to ‘everything’ in Greek. Gigi serves Italian cuisine inspired by Sicily, with conscious cooking methods and 72-hour fermented dough. Wok’ed serves incredible stir-fried Asian cuisine, and Poke-Mon serves fresh Poke bowls. We serve freshly baked bread, pastries and desserts from Bella’s Bakery, our very own boulangerie, as well as Arabic sweets from Ayana, and creative breakfast options at Toasty and On Crepe. Most recently, we launched Su’Chill Sushi. We noticed a gap in the delivery market for high-grade, restaurant-quality sushi and came up with this concept,” explains Ani.

Instead of having separate spaces to cook the delivery menu, they partnered with AccorHotels to use the hotel’s kitchens as the physical infrastructure. “Since its launch in April 2021, Kitch-In has expanded to four kitchens in Accor properties in Dubai. We will launch a new delivery location in Dubai very soon, as well as two kitchens set to open in Abu Dhabi to serve residents there. Our strategic international roll-out will begin in Saudi Arabia next month, followed by the opening of 70 kitchens across the GCC, UK and France in 2022. We aim to serve cuisine from over 1,000 digital brands worldwide in just one year,” says Yigit Sezgin, chief commercial officer at AccorHotels Middle East and Africa.

Not only has Kitch-In partnered with Deliveroo to arrange the deliveries to the general public in Dubai, residents at Accor properties too can order room service by tapping into the offerings on the app.

Kuzin remains bullish about the concept, given that Bulldozer previously focused mainly only on physical dining and entertainment spaces. “Restaurant delivery has grown by almost 20 per cent in the last five years and online food delivery sales are estimated to grow to as much as $220bn by 2023 – that’s an estimated 40 per cent of total restaurant sales. These statistics could not be ignored. Our research showed that the global market size of cloud kitchens is expected to grow to $71bn by 2027,” says Kuzin.

However, as Ani adds, a digital platform such as Kitch-In, rather than eroding the appeal of brick-and-mortar restaurants, might be a clever way for the latter to up its culinary game. “The beauty of digital platforms is that they give us the statistics, facts and behaviour of our consumers, so we can see what is working and what isn’t. This kind of insight is really useful when planning new brick-and-mortar restaurants,” observes Ani.

The app started with incorporating dedicated digital-only brands, but has now grown to include delivery services from a few fine-dining concepts from Ani and Bulldozer. “We have launched Shanghai Me [on Kitch-In], and are set to launch our legacy brands Gaia and Scalini in the next few weeks to provide a luxurious experience at home,” says Ani.

The risk of launching legacy brands onto the platform is that customers who order at home already have a benchmark to compare the taste and presentation that they would experience when dining within that same restaurant – and that’s where quality control kicks in. It’s a process that Ani, Kuzin and Sezgin address collectively. “We agree on the procurement methods for ingredients, which are the foundations of the dishes. We have quality control procedures in place to make sure that food not only leaves the kitchen correctly, but also arrives at its destination as intended. We are working with nutritionists and food scientists to ensure we are delivering at the best quality, and that the dish is the same when it leaves the kitchen to when it arrives,” says Ani. 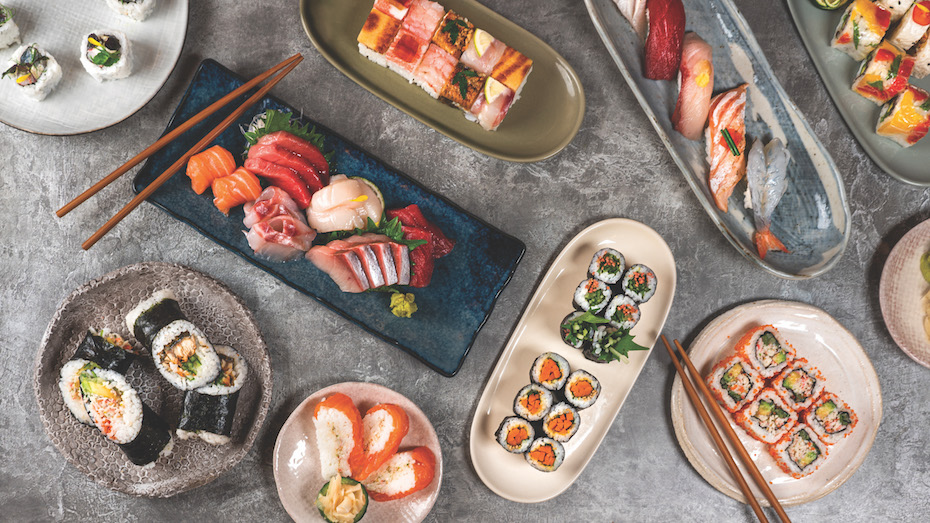 Kitch-In has seen impressive growth over the last few months. With four virtual brands at launch, today it has nearly quadrupled that number to 14. While Sezgin has confirmed that the Kitch-In service will soon be available to Abu Dhabi via Accor’s properties there, further international expansion of the food delivery service is also very much on the cards. “We have an aggressive plan for expansion with a pipeline of 30 new properties planned for Dubai and 34 in Saudi Arabia,” says Sezgin about Accor’s expansion of its properties. “This year, we are continuing the roll-out of our kitchens across Accor properties in the UAE, as well as entering the Saudi market. We will be scaling the entire project to grow in key markets around the world, starting with Paris, New York and London.”

With Accor’s global physical footprint spread across 41 countries, Kuzin and Ani can rapidly expand their concept internationally – and it’s not an opportunity that Kuzin is going to let slide. “We plan to expand across the Middle East, Europe and America, before focusing on more niche markets, specifically through Accor hotels. Kitch-In has the capacity and technology to effectively monitor quality control across the entire ecosystem. This gives us the ability to scale each vertical quickly and skillfully, from the development of illustrious digital restaurant brands endorsed by celebrity chefs to the efficient delivery. We are [also] working on international events, pop-ups and festivals,” adds Kuzin.

Ani insists that the expansion will not be at the expense of quality. “When we first came up with the concept, we set out to elevate the standards of home delivery and hotel room service, changing the perception of these services in the eyes of our consumers. Through Kitch-In, we can provide a conscious and sustainable approach to delivered cuisine. No matter the growth, success and expansion of Kitch-In, we must remain aligned with our vision for the brand,” stresses Ani.