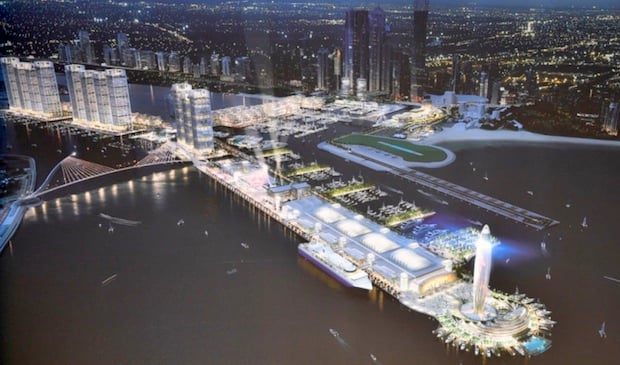 This article touches upon the ways in which employers and contractors involved in mega-projects might use their contracts to evade Flyvbjerg’s Law.

It is inevitable that large-scale, long-term projects (a) contain elements of work for which the design or specification remains incomplete at the date of contract and (b) will be affected by physical and logistical conditions which cannot be predicted or controlled.

The parties should, at the outset, agree whether –

– the employer or the contractor is responsible for filling gaps in the package’s design, and to what criteria;

– which party is entitled to supply details on which the contract specification is silent, and to what standard;

– which of them is responsible for addressing the effects of unforeseen site conditions and/or delays in obtaining permits and licences and, in all cases, who is to pay the cost and bear the time incurred in so doing.

It is only if the potential for unforeseen events is accepted, the risk of such events are clearly allocated and their costs accounted for at the outset.

If overspends cannot be avoided, employers may become unwilling or unable to pay their contractors. Contractors should reduce the effect of non-payment by negotiating a right to receive frequent interim installments, including the value of procured materials, coupled with an entitlement to suspend work if those payments are not made on time.

Mega-projects involve separate but interacting trade packages, the programmes of which must be transparently and holistically managed.

(b) to have brought the first-stage works to a level of completion sufficient to enable the follow-on trade to commence its on-site operations.

Contractor 2 should clearly identify (a) the information that must be provided by contractor 1, and the earliest and latest dates by which that information should be supplied and

(b) the level of completeness that contractor 1’s work must reach in order to enable contractor 2 to commence its on-site activities.

Contractor 2’s information and access requirements must then be incorporated into contractor 1’s contract, as key milestones that the latter is obliged and incentivised to meet.

Contractor 2’s contract should also make express provisions for what should happen if contractor 1 delays in providing the information and access required of it.

If cost and obsolescence could be avoided by permitting contractor 2 to delay completion of its design or procurement pending completion of contractor 1’s work, then contractor 2’s contract should permit the employer to instruct this and provide for the financial and temporal effects of so doing.

OVER AND OVER AGAIN?

Under the FIDIC-based contracts prevalent in the UAE, a contractor’s entitlement to additional time and cost is conditional upon compliance with strict time-limits on the provision of notices of claim.

The scale of the potential effect of employer-culpable delays and disruption on a mega-project make it imperative that contractors on large-scale projects serve such notices from the outset and upon the occurrence of each and every potentially employer-culpable event.

Even if Prof. Flyvbjerg is correct that his law is iron-clad and unavoidable, its effects on the contractor can thereby be mitigated.