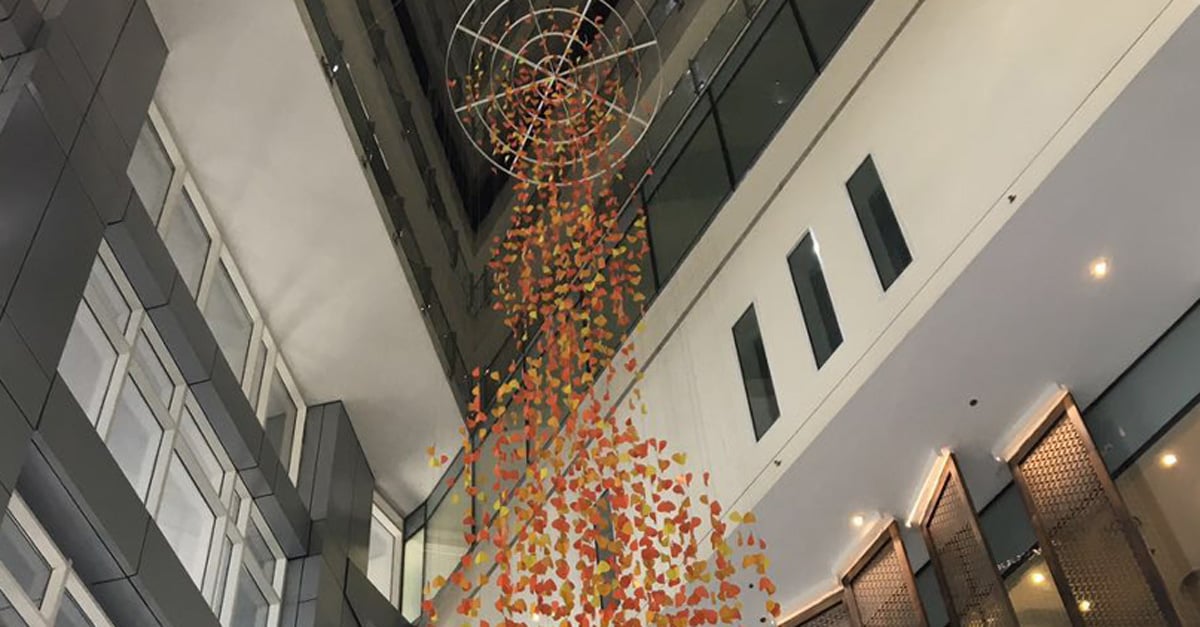 Rezidor’s fourth Radisson Blu Hotel first opened its doors in Dubai in 2011 and followed the global chain’s roster of establishments in the city, including Deira Creek, Media City and Dubai Marina. Boasting 220 rooms – 22 of them suites – ranging from 30 square metres to 74 square metres in size. Those travelling on or conducting business can benefit from facilities such as a business class lounge, five conference rooms and three board rooms.

Based on the edge of Dubai’s main business hub – where Downtown meets Business Bay essentially – the Blu’s location is far from inconvenient, with Dubai Mall a five-minute drive away and 15-minute walk in decent weather. However, given much of this Business Bay/Creek remains under development, there is little in the way of action immediately outside the hotel doors – no shops, bars or restaurants in walking distance and there is an overall feeling of remoteness about the hotel. Perhaps as the area develops – and the hotly anticipated Dubai Canal completed – this area should start to burst into life, but whether this will begin in two years or more remains to be seen.

I stayed in the 14th-floor suite, a 54-square metre minimalist space with some bright, colourful touches on the king-size bed. The spacious room is complimented by a nicely sized bathroom, most of which is taken up by a humongous bathtub. The full-length window allows a through lot of light even if the the view itself leaves much to the imagination; though the skyscraper heights of Downtown are visible on the horizon, the large washes of sand surrounding them are a reminder of how much development remains to be done in this part of Dubai.

In the suite, guests are treated to a welcome tray, which a contained a bottle of Acqua Panna and Pellegrino, a plate of chocolate and pears for the health-conscious. Room service lunch is generous, and includes a selection of Arabic mezzes and a hearty choice of mains, plus more small cakes for dessert. However, small, but inconvenient problems let the Blu down. On the first day, the room’s kettle broke, which proved something of an annoyance, though the staff were quick to react and bring a replacement. There was also a problem with accessing any hot water in the bathroom during the stay, which made using the gigantic bath out of the question. 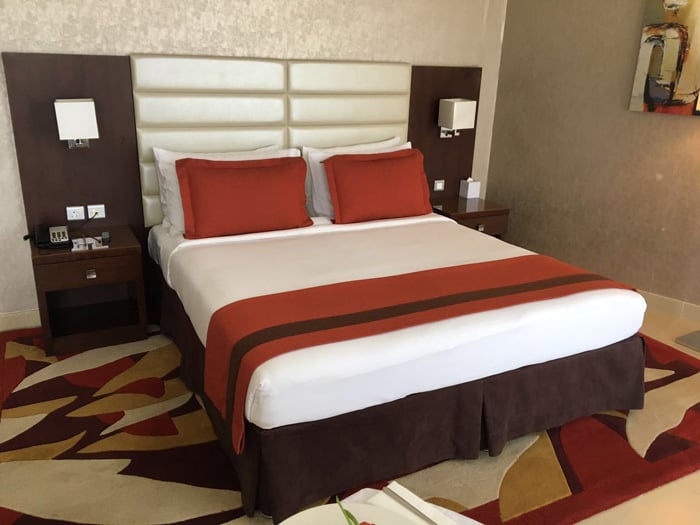 For travellers who brought their running shoes along, the Blu’s gym is moderately equipped with a couple of treadmills, bikes and cross trainers. During busy season, the cardio buffs may find themselves having to wait to work out, but there is a decent selection of weights to use in the meantime. A good-sized outdoor pool with plenty of sun loungers is available for those brave enough to venture outside in the Dubai summer heat, while others preferring to relax indoors can enjoy the gym’s steam room and sauna. People looking to really indulge can visit the hotel spa for a number of sumptuous massages and treatments. Classic 60-minute aromatherapy massages start from Dhs 340, though the hotel does offer a 15 per cent discount to guests on all spa treatments. Meanwhile, those keen to get out can take advantage of the hotel’s shuttle bus service to Dubai Mall and Kite Beach, which is worth taking advantage of given that the Blu’s relatively off-the-track location means you can expect to wait a few minutes for a taxi. 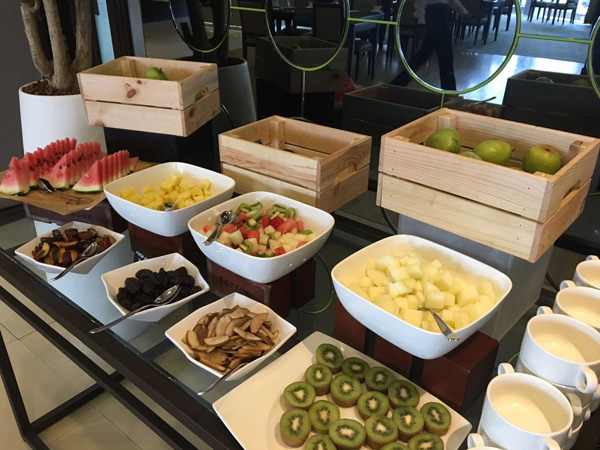 The Blu’s main dining hub is the restaurant Lemon Pepper, which is the main go-to for breakfast, lunch and evening meals. Though lacking an overall culinary identity – best termed as ‘international’ though Indian and Arabic buffet takes predominance, Lemon Pepper’s evening buffet does offer plenty of choice, including the option of having Mexican fajitas made fresh before your eyes. Prices are very reasonable, with the dinnertime buffet costing Dhs 120 during the summer season. The Radisson’s signature continental breakfast likewise boasts a wide variety of options, including an appetising – if a little early in the day – selection of cheese. At lunchtime, Lemon Pepper serves three courses from a set menu, including Greek salad and a rather thin tomato soup for starters and a choice of fish or meat for main. The portion sizes are again generous, but the overall effect is fairly uninspiring. There is also the option of a lunch buffet for a reasonable Dhs 130.

For evening hangout the Blu has the bar La Terrasse, which being largely outdoors is unsurprisingly quiet during the summer months. However, during the winter season, the large open-air space and lively background music should present a relaxed option for an evening beverage or two. A bottle of house red or white will set up back a fairly standard price of Dhs 200.

While the room itself and the facilities are pleasant enough to make for a very comfortable stay, there isn’t a wow factor with the F&B or setting.

Summer season discount means Standard Room rates start from Dhs 280 while the Corner Suite price is Dhs 455, all exclusive of taxes and fees