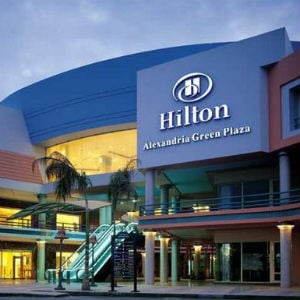 The company has signed an agreement with local operator Egyptian Touristic Resorts for the properties.

The Hilton Giza Pyramids, located south of Cairo, will have 390 rooms and include facilities such as a function room, boardrooms, meeting rooms, a business centre and a health club with spa. The hotel, which promises to offer panoramic views of the Pyramids and the Sphinx, is expected to open in 2016, said Hilton.

The Hilton Alexandria King’s Ranch Resort, situated 40 kilometres west of Alexandria, is close to the Borg Al Arab International Airport and is the brand’s second hotel in the city. It is expected to open at the end of 2013.

The two developments represent the 19th and 20th Hilton properties in Egypt.

Rudi Jagersbacher, president, Hilton Worldwide, Middle East & Africa said: “Hilton Worldwide has proudly served Egypt for over 50 years and today’s announcement is testament to our commitment and confidence in the country.”

The announcement comes even as Egypt, amidst extreme unrest, elected the Muslim Brotherhood’s Mohammed Mursi as its new president.

The tourism industry in Egypt was drastically affected during the Arab Spring uprisings in the country last year. Tourist arrivals went from 14 million in 2010 to nine million in 2011, almost a 40 per cent drop.

“I think it’s during the September/October period that recovery will take place in the Egyptian market,” Jagersbacher told Gulf Business in May this year.