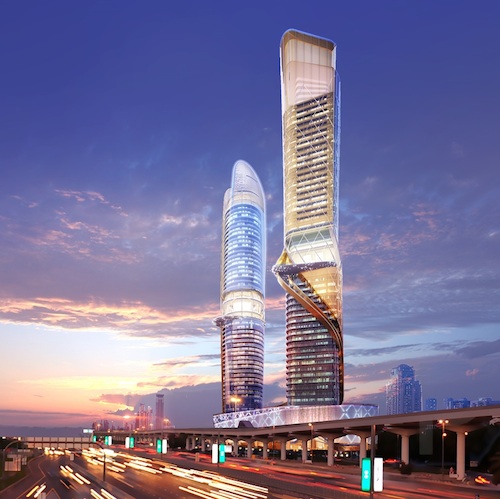 Global hotel operator Hilton announced plans to open its first hotel under the Curio collection in the United Arab Emirates in partnership with Royal International.

Located on Sheikh Zayed Road opposite to Dubai Internet City, the two-tower Rosemont Hotel and Residences will feature 450-guestrooms and 280-serviced apartments.

In terms of facilities, the hotel will offer a gym, pool and spa, four meeting rooms, two boardrooms and one multi-functional space. It will also have three restaurants, a lobby café and two bars.

“Dubai’s vibrant hospitality sector continues to grow at an impressive pace,” said president of Middle East and Africa for Hilton Worldwide Rudi Jagersbacher. “We continue to see huge potential in the market.”

Launched in June 2014, the Curio collection is a global set of upscale and luxury hotels “hand-picked for their unique character and personality”, according to Hilton.

The first Curio properties have been opened in Las Vegas, Buenos Aires, Florida and Germany, and plans are also on to open a new hotel in Qatar in 2016.

The 207-key Curio property, located in the upcoming Mall of Qatar, is being developed in partnership with Al Jaryan Trading and Contracting.

Global head of Curio Dianna Vaughan said, “Since launching Curio in 2014, we have received an influx of interest from owners in the Middle East.”

Hilton has been rapidly expanding its presence across the Middle East and specifically in the UAE. It currently has 35 hotels either trading or under development in the country.

Hampton by Hilton Dubai Al Qusais will feature 420 rooms and is slated to open in 2017.