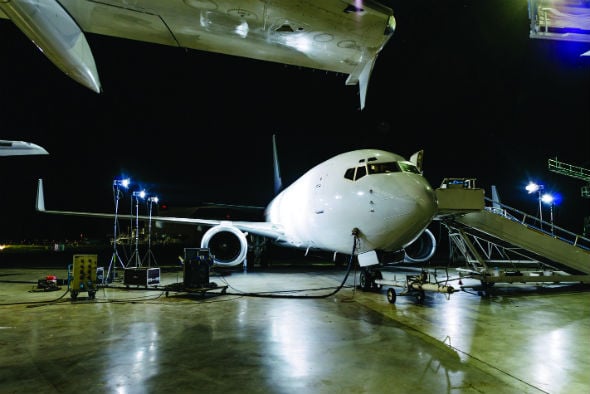 Keeping pace with the booming economy in the Middle East, specifically in the Gulf, the region’s business aviation sector has been flying high.

The figures say it all. The Middle East Business Aviation Association (MEBAA) estimates that traffic and flying hours across the region are up over 12 per cent from last year.

It predicts that registered aircraft will increase from 500 to 1375 in the next seven years and that by 2020, the regional business aviation sector will be worth around $1.3 billion, up from around $1 billion in 2018.

“Spurring this is the infrastructure now in place and supporting its geographical advantage for corporations wanting access to Asia, Sub-Indian continent and Africa,” explained Ali Ahmed Al Naqbi, chairman of MEBAA.

The growing market is predictably roping in new players. In August, airline industry giant Emirates became the latest player to jump onto the bandwagon with the launch of a new luxury Emirates Executive service.

The carrier’s private jet service offers bespoke clients a chartered service to most locations worldwide on an Airbus 319 aircraft that seats 19 passengers.

“We have seen an increasing demand in the private travel segment, especially in the Middle East and Europe as well as in markets such as India, Russia and China,” said Adnan Kazim, divisional senior vice president, Emirates.

“With Emirates Executive and the launch of its website, we are looking to tap into this niche market.”

Abu Dhabi-based Royal Jet, one of the oldest and most well-established players in the market, says it welcomes the increasing competition.

“Competition is always good for any sector as long as it is on a level playing field,” said Shane O’Hare, president and CEO of Royal Jet.

“What we’d like to see is a playing field of well-funded, strong, professional operators in the region, able to deliver safe and reliable service.

“What we don’t want are operators that are sailing close to the wind, and cutting corners, not just blatantly operating illegally, but who cannot afford to pay their bills. They give the industry a bad name,” he added.

Al Naqbi admits that illegal operators do exist in the market, but says the industry needs to be better regulated to limit the practice.

“If regulations better understood the dynamics of business aviation, travel would become seamless, adhering to insurance would be cheaper and profits would be greater,” he explained.

“Then private managers and owners might not feel the need to lease planes or operate within the grey market and instead chose to work with respected companies.”

One factor that may help streamline the industry is the emergence of a new business aviation hub in the upcoming Dubai World Central complex.

“It has interest from FBO operators worldwide,” said O’Hare.

One of the major challenges for the industry has been airport access and its integration across the supply chain and DWC’s move has set an example to the rest of the world, added Al Naqbi.

Going forward, the industry needs to be considered as an important business tool for greater growth, said Royal Jet’s O’Hare.

“The more infrastructure available for the specific operations of private jets, such as unlimited slots, 24/7 access, close accommodation, fuel and maintenance, the more competitive they will become.

“The elimination of ticket counters, baggage claim, airport crowds and waiting time, and the benefit of direct routes all lead to a more pleasant and productive means of travel,” he added.