Has The Time Come For A GCC Air Traffic Control? - Gulf Business 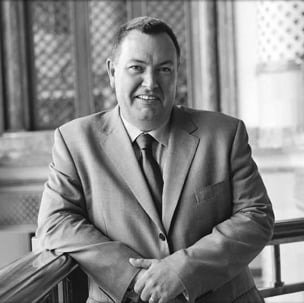 The region’s aviation sector has witnessed an unprecedented boom in recent years. The International Air Transport Association (IATA) has forecasted an annual growth rate of 6.3 per cent for the Middle Eastern region signaling a continuation of the trend. So the future of the sector looks ever positive, but there’s a vital cog in the works that needs to be considered to ensure successful sector growth – air traffic control.

Air traffic control is a seemingly invisible concept, and as such it’s often forgotten about. The fact of the matter, however, is that regardless of how extensive the investment in the expansion of an airport – more runways, terminals, and the like – it will ultimately only ever function as efficiently as its surrounding airspace. In order for the aviation industry to cater to the exponential growth it faces, air traffic control must be considered.

You wouldn’t build an airport without roads and supporting on-the-ground infrastructure, and so the same principle should apply to the surrounding airspace infrastructure required to ensure the efficient arrival and departure of aircraft

Airspace in the Gulf is far from efficient. And with GCC air traffic expected to double by 2030 and Al Maktoum International Airport on track to become the world’s largest airport with an anticipated annual passenger capacity of 160 million, it is inherent that air traffic control is not left by the wayside.

It’s all very well raising concerns about the problems, but what’s the solution? In many ways, the GCC is in a similar position to where Europe was – increasingly busy skies with a fragmented airspace structure aligned around national boundaries.

Europe took steps to address the issues it was facing. With the UK as the founding member, the countries of Europe created a single organisation to facilitate the smooth flow of air traffic control across the continent – Eurocontrol.

Ever since it was initiated back in 1960, Eurocontrol has worked alongside Europe’s various national air traffic service providers to coordinate air traffic flows through some of the world’s most congested and complex airspace.

In recent years, countries have collaborated to manage airspace based on operational requirements, in a Functional Airspace Block (FAB), regardless of state boundaries. For example, between 2008 and 2012, the UK/ Ireland FAB delivered over Dhs320 million in savings to airlines, including over 230,000 tonnes of CO2 reduction.

Similar initiatives are urgently required in the GCC to fully enable and support the region’s burgeoning aviation industry; a sector whose leaders regularly voice concerns at the glacial pace of change.

In the UAE, aviation is predicted to account for a quarter of the total GDP by 2016; if that ambition is to be fully realised, airspace must be leveraged to enable this growth.

So why has ‘Gulfcontrol’ not yet been implemented? If employed, it will act as an overarching coordinator, however, realistically speaking, it is unfortunately something not likely to happen in the immediate future. But the growing business imperative may help to move things forward in the short term.

Positive steps have been made – aviation authorities in the GCC have refocused their efforts through joint projects for aviation data management and future planning for airspace management.

The UAE General Civil Aviation Authority (GCAA) is hosting the Middle East ATM Enhancement Programme (MAEP) in Abu Dhabi this coming January under the umbrella of the International Civil Aviation Organisation (ICAO) to work together collaboratively and discuss the best projects and activities for the region. A promising move, but the industry will demand tangible outcomes.

The efforts toward creating a streamlined, harmonised, efficient regional air traffic management system will not only generate wider benefits to those countries involved, but it will also position the GCC as a global aviation industry leader.