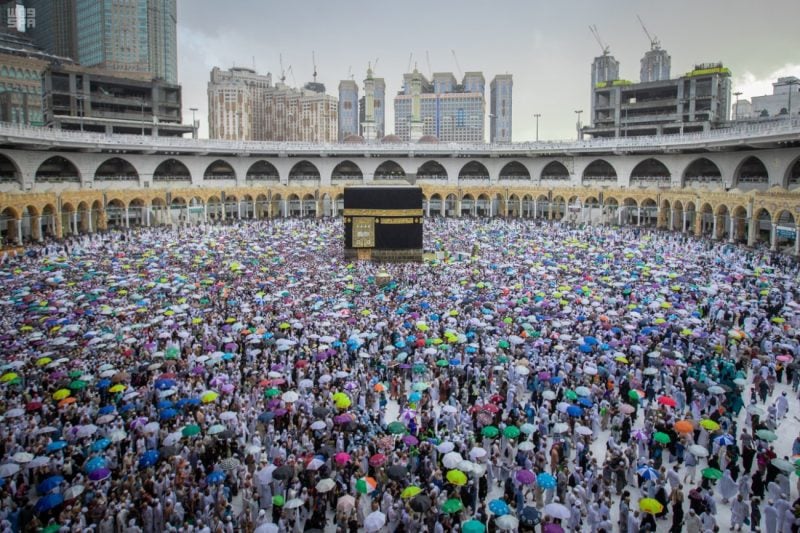 The Dhu Al-Hijjah crescent moon was sighted on the evening of June 29 in Saudi Arabia, according to the kingdom’s Supreme Court. This marks the beginning of Hajj on July 7, followed by Eid Al Adha on Saturday, July 9.

Meanwhile, Saudi Arabia’s digital regulator, the Communications & Information Technology Commission (CITC), announced that communications and ICT infrastructure in Makkah and Madinah are fully operational and running to the highest standards ahead of this year’s Hajj and Umrah.

According to the official Saudi Press Agency, the CITC has taken all steps to ensure that digital infrastructure in Makkah and Madinah is ready to connect pilgrims with loved ones around the world.

CITC has also ensured the smooth functioning of more than 5,900 towers and more than 11,000 wifi access points in the Two Holy Cities. It has also overseen a 41 per cent increase in 5G towers to reach more than 2,600 5G towers.

“This year’s worshippers will benefit from the fastest connections the Two Holy Sites have ever had. With worshippers travelling to Saudi Arabia from around the world, we are ensuring that the pilgrims have the most innovative and interactive Hajj experience,” said Dr Mohammed bin Saud Al-Tamimi, Governor of CITC.

The kingdom’s public security spokesperson General Sami bin Muhammad Al-Shuwairekh urged all citizens and residents to abide by Hajj instructions, stating that anyone caught without a Hajj permit will be fined SAR10,000.

Additionally, Saudi Minister of Health Fahd Al-Jalajel launched the ‘Holodoctor’ service for medical consultations in cooperation with Saudi Telecommunication Company (STC), through which modern medical services will be offered to pilgrims through videoconference. These services include inspection, diagnosis, and disbursing medicines through direct contact with Seha virtual hospital in Riyadh.

In addition to providing security and monitoring services such as network monitoring systems and screens, as well as the drones to monitor traffic in the holy sites, STC also offers a smart dashboard as an innovative solution to monitor the status of the digital infrastructure at the holy sites.

Meanwhile, statistics issued by the Ministry of Hajj and Umrah as of July 4, showed that around 375,918 pilgrims from several nationalities have arrived in Madinah, through air and land crossings to perform this year’s Hajj.

Meanwhile the UAE Ministry of Health and Prevention (MoHAP), has launched an online Hajj permit service on Al Hosn App in cooperation with the General Authority of Islamic Affairs and Endowments (GAIAE). This service intends to simplify Hajj procedures, save pilgrims time and effort and improve public health procedures.  They have also deployed a medical team at the airport to assist Hajj pilgrims before they depart for Saudi Arabia and provide them with health guidelines and instructions that they must abide by during Hajj pilgrimage to ensure their safety.

Dining deals for Eid Al Adha on a budget