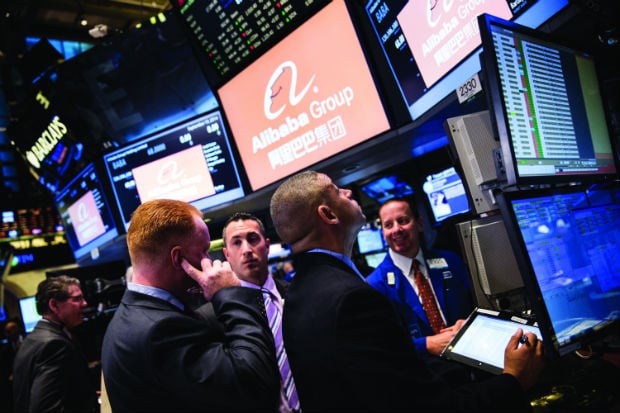 Summer is coming to a close, but both the regional and the global IPO markets are showing no signs of cooling down.

Globally, all talk is of Chinese giant Alibaba, the largest IPO the world has seen at $25 billion. Closer to home, the GCC had its own significant entrant with the listing of Dubai conglomerate Emaar’s malls unit.

The $1.58 billion IPO was one of the largest in the Middle East since 2008, and marks what has already been an eventful year for GCC stock markets.

A total of 10 GCC IPOs were issued in H1 together raising $2.26 billion, according to consulting firm Ernst and Young, representing a 67 per cent rise in volumes and a 14 per cent hike in values compared to the same period last year. Across MENA, H1 2014 saw the most capital raised and the highest volume of IPOs since 2008.

And this is below the pace some market watchers were expecting.

“Overall, we expected things to happen somewhat faster but we are seeing a significant number of companies preparing [for IPO], which is keeping us very busy,” says Gregory Hughes, head of Capital Markets Group, Transactions and Restructuring, KPMG.

The Gulf region dominated MENA during the H1 period accounting for 90 per cent of all IPOs in the region, and the year began with a bang with a $903 million listing from Qatar’s Mesaieed Petrochemical Holding Company in January, the first listing on the Qatari stock exchange since 2010.

Other notable listings came from Omani power firms Al Suwadi Power Co and Al Batinah Power Co in May, which each offered a 35 per cent stake in multiple times oversubscribed public offerings worth a combined $162.9 million.

While in March, Dubai real estate investment trust Emirates Reit Ltd marked the emirate’s first IPO since the 2009 financial crisis, raising $175 million with a 3.5 times oversubscription on the Dubai Nasdaq.

On top of Emaar Malls Group, UAE investors were also looking forward to the listing of retail and F&B company Marka on the Dubai Financial Market (DFM) in September, with the company having received orders worth $2.7 billion for shares worth $75 million earlier this year.

All of the IPOs executed in Q2 2014 were within the regional MENA market, marking a notable turnaround from recent years, where companies including Damac, Al Noor Hospitals and NMC Healthcare had chosen to list in London rather than the GCC.

“The preference for overseas markets was on account of regulatory restrictions, primarily free float requirements, and somewhat lower liquidity in the local market, as well as a perception of potential poor after-market performance and lack of a diverse enough and long term, sophisticated set of investors,” notes Hughes.

But now with liquidity having improved on some of the regional markets, including Oman, Saudi Arabia and the UAE, where the DFM was the second best performing index in 2013 after Venezuela’s Caracas Stock Exchange, market watchers suggest we may see more regional listings within MENA over the coming months.

In the UAE, Sameer Al Ansari, chairman and CEO of PE+ Advisors, agrees that the renewed strength of the market, particularly in Dubai in the last 18 months, means that the reasons for companies to list abroad are not necessarily there anymore.

But the DFM’s strong performance is not the only factor making IPOs more attractive, the former group CFO to Dubai ruler and UAE vice president H.H. Sheikh Mohammed, and founding chairman and CEO of Dubai International Capital, asserts.

That Emaar was granted special permission for the Malls Group to not be subject to requirements forcing companies to list 55 per cent of their stock at IPO is a positive indicator he says, and could be a sign of more relaxed rules on UAE exchanges.

“There is nothing official to say the listing laws have changed and they are now as follows, but we have anecdotal evidence.

We have actual proof through Marka and the Emaar retail listing that some of the listing rules have been relaxed,” he says.

“What we’re seeing now is that they’re allowing a lower listing, and they are allowing book building, so the valuation is actually market driven.”

The Emaar IPO also suggests that one of the key rules of the past, that shares are allocated pro-rata, is changing, he says, with companies allowed to allocate tranches of the listing to institutional or retail investors.

Another factor driving Middle Eastern companies back to local exchanges could be a lack of recognition internationally.

The firm has since said it will list on the DFM, giving investors the opportunity to convert Damac global depositary receipts listed on the London Stock Exchange into ordinary equity and list them on the Dubai market.

Nevertheless, industry experts believe challenges still remain for corporates considering public issue in MENA, including the mismatch of valuation expectations, a lack of readiness on the part of the issuer to deal with the IPO process, as well as the incompatibility of listing requirements and regulatory restrictions.

“Unless these are addressed, regional companies may continue to look outside of MENA when looking to list,” says Phil Gandier, MENA Transaction Advisory Services Leader, Ernst & Young (EY).

EY forecasts an increased level of IPO activity in the UAE and Saudi Arabia, driven in the latter by the on-going transformation of family businesses into more institutional entities that are more competitive and “not susceptible to family succession disruptions”.

Continued government policy for state owned or partially owned enterprises to list their shares in order to enable the public to share in their value creation, is also expected to drive listings. While KSA’s recent announcement, that it will open its stock market to foreign financial institutions, is deemed likely to raise the profile of the Tadawul internationally.

“The KSA stock exchange is the most liquid exchange in the GCC and also has a higher level of liquidity than some international exchanges,” says Gandier.

“This, together with the underlying strength of the economy, is one of the most important and attractive characteristics to foreign institutional investors wanting access to Middle East investments and therefore we would expect an increased flow of foreign capital into KSA as a result.”

For the UAE and Qatar, another factor impacting local stock markets is the countries’ MSCI upgrade from frontier to emerging market status in May.

Gandier suggests the change will go a long way towards changing investors’ perceptions that regional markets are weakly regulated and have poor disclosure, and it is also expected to boost both markets’ long-term prospects.

“A surge in the number of foreign institutional investors could eventually change the face of the stock markets of countries in the Gulf region as a whole by boosting stability and making them less vulnerable to speculators,” he says.

However, while he agrees that transparency, corporate governance and disclosure will draw more institutional investors into the market, Ansari suggests the initial impact of an MSCI upgrade is often “over emphasised and may be over estimated”.

“Before the upgrade happened, everybody was of the view that the markets would go through the roof but really the numbers are not significant.”

MENA IPO activity is expected to strengthen in 2015, with the fundamentals in place for a sustained period of new listings.

As the economic recovery continues, equity indices remain buoyant and volatility is trending downward, says Gandier, while the strengthening economy and regulatory initiatives are expected to build investor confidence and bring liquidity to the market.

“Governments across the region are proceeding with huge infrastructure spending plans. This will offer opportunities for the private sector and, in turn, will raise the need for more capital to fund their expansion plans. In effect, this could lead to more companies opting for capital-raising methods, such as issuing bonds,” he adds.

KPMG’s Hughes believes Emaar could also look at spinning off other parts of its business, such as its hospitality and international arms, and has his eyes on other anticipated listings in the GCC.

“Some examples are OSN, National Commercial Bank in KSA, DM Healthcare, Meraas Theme Parks, and Gulf Capital. There are plenty more that are being planned in the background of varying shapes and sizes,” he says.

In the UAE, Ansari regards the Emaar listing as an “important milestone” and how it and the first greenfield IPO in years, Marka, perform post listing will be watched very closely.

A strong performance will have a positive impact he asserts, and “encourage the rest of the companies in the pipeline to push ahead and complete their listings”.

While he is reluctant to reveal too many details about which companies these might be, the CEO does drop a hint of what could be to come.

“There are two particular sectors where we are in advanced discussions, one is in renewable energy and one is in healthcare, and that is honestly all I can say.”

“But at the end of the day it is human nature, it’s sentiment, and if these two [Emaar and Marka] don’t do well, its likely to have a negative impact on the rest of the market,” he says.