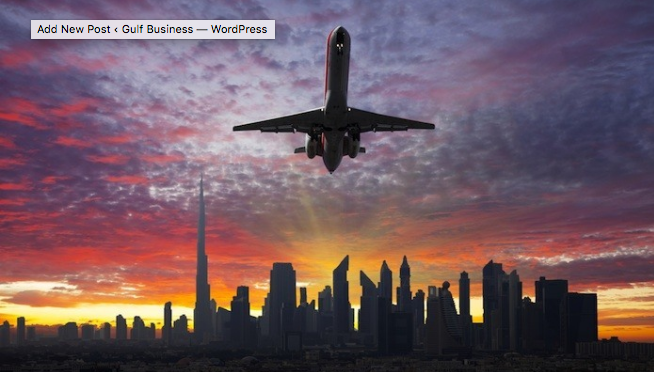 The 2015 Dubai Airshow saw one of the lowest order totals since records began, with deals worth $37.2bn signed over a weeklong period.

This was a significant reduction on the $206.1bn raised at the 2013 show but there has not been much concern in the aviation industry.

Strong on the back of solid profits and optimistic growth rates, the ‘big three’ Gulf carriers went on a spending spree in 2013. But industry stakeholders agree that such big purchases, which were absent in 2015, were a “one-off ”.

United Kingdom-based StrategicAero Research.com aviation analyst Saj Ahmad concurs: ”Airlines, particularly from the Gulf Cooperation Council, have been ordering new jets at virtually every event since the 2003 Dubai Airshow. Now is the time for all that inventory on order to be absorbed into airline fleets as we see today with expanding 777, 787 and A380 fleets in the region.

“Plus, the fact that the 777X was launched in 2013 highlights that the air show then was more of an aberration and not the norm. You cannot expect new aeroplane launches at every air show.”

Concerns of dampening demand may also be preemptive if research reports launched at the show are anything to goby.

According to a report by Boeing, the Middle East will need another 3,180 aeroplanes in the next 20 years. The majority of this demand is expected to come from the Gulf carriers – Emirates, Etihad and Qatar Airways.

“The Middle East will be the largest wide body market in the next 20 years,” says Boeing Commercial’s vice president for marketing Randy Tinseth.

“Around 30 per cent of the wide-body backlog market today is the Middle East. Over 10 per cent of 787 routes touch the ME today and one-fourth of B777 routes.”

Even as aircraft manufacturers remain bullish about demand, the commercial sector took a back seat, at this year’s show, to military deals.

Etihad-backed Jet Airways confirmed an order for 75 boeing 737 Max 8 aircraft in a deal valued at $8bn. VietJet announced an order for 30 Airbus A320s for an undisclosed sum. Meanwhile, Etihad announced that it would take delivery of two Boeing 777 freighter aircraft, exercising options from its 2013 order.

One of the major deals signed was a United Arab Emirates’ Ministry of Defence agreement with Swedish firm Saab to buy two of its Bombardier Global 6000 aircraft for surveillance. The deal was valued at $1.27bn. The ministry also agreed to purchase three AW609 tilt- rotor aircraft – used for search and rescue operations – from Italy’s AgustaWestland.

Although rumours were rife of an impending Rafale jet sale to the UAE government, no such announcement came through. Speculation was high that a deal for the French jets bit the dust after a multi-billion dollar purchase agreement fell through at the last minute. Others sources suggested the deal could not have been for Rafale jets as the estimated value was comparatively low.

The last-minute cancellation sparked concerns that cheap oil was impacting the Gulf Cooperation Council’s purchasing power. However, this was quickly dismissed by defence manufacturers. They suggested that delays were common. “Traditionally in the region it takes longer to approve [defence contracts] than in some other areas but I don’t think there is a real difference [due to] oil prices,” Saab Middle East’s president and general manager for the UAE Simon Carroll tells Gulf Business.

“There might be some countries who are looking at it and doing their calculations based on oil prices but in my experience I don’t think oil prices have affected the process at the moment.”

Meanwhile, Ahmad suggests that the Gulf countries’ involvement in conflicts in Syria, Iraq and Yemen means that they will have to bolster their military capability, leaving no place to worry about cheap oil.

“Oil prices will have zero impact on military procurement. If there were a sovereign need for weaponry, then the cost of oil alone would not be enough to derail it. There are a plethora of variables here and its pure conjecture to guess why this deal was nixed.”

Dubai carrier Emirates signed a $16bn agreement with GE Aviation for the maintenance, repair and overhaul of the GE9X engines in its Boeing aircraft. The deal, which is Emirates’ largest maintenance, repair and overhaul contract to date, follows its record $76bn order during the 2013 Dubai Airshow for 150 Boeing 777x twin-engine aircraft. Emirates also signed another contract worth $36m with GE covering maintenance and inventory support for avionics, electrical power and mechanical systems aboard its Boeing 777 aircraft currently in service.

In a separate agreement, Etihad Airways and Mubadala agreed to extend their partnership in the MRO sector with contracts worth $1bn planned over the next 10 years. The companies are also in talks to invest in a new MRO facility in Eastern Europe.

“The growth in commercial aeroplane orders has seen a spike in demand for pilots and technicians, and it stands to reason that MRO deals would follow suit,” Ahmad says.

However, he forecasts that these deals could be replaced by airlines developing in-house capabilities.

“Some airlines outsource this activity as the cost is high, but as some carriers expand their capabilities, they’ll likely want to develop their skills and take on more MRO work themselves.”

Given air traffic in the Middle East is forecast to grow by 6 per cent between 2015 and 2035, experts agree that the outlook for the aviation sector is bullish. The slowdown in deal value at this year’s Dubai Airshow might just be a blip on the radar.