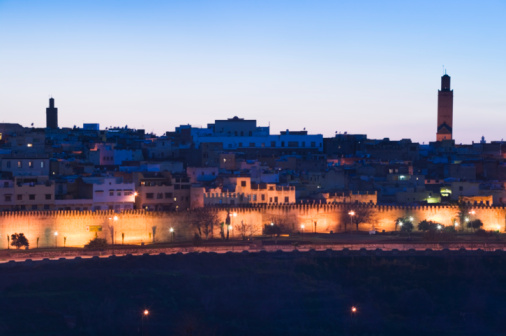 Morocco has received the first slice of a $2.5 billion aid package promised by wealthy Gulf Arab states, a Moroccan official said on Friday, part of pledge designed to cement ties between Arab monarchies in the wake of regional uprisings.

Saudi Arabia, Qatar, the United Arab Emirates and Kuwait agreed in Dec. 2011 to distribute $2.5 billion to both Morocco and Jordan, the only two Arab states outside the Gulf with monarchies.

“The valves are opened and we hope they will continue to be so,” said the Moroccan official, who declined to be named and would not say how much money had been transferred.

Sources said the North African country had finalised the agreement with the Gulf Arab states on the margins of the Arab Social and Economic Development Summit in Riyadh last month.

Analysts say the move to forge closer links between regional monarchies is part of a concerted effort to contain the pro-democracy unrest that has ousted autocratic ruling elites in Egypt, Tunisia, Yemen and Libya.

Rabat is anxious to avoid a drop in living standards and prevent a return to street protests for political and economic reforms that King Mohammed managed to stifle in 2011 with constitutional reforms, social spending and harsh policing.

The cash-strapped country relies on foreign aid, given its $90-billion economy is heavily exposed to the debt-scarred Eurozone through trade, tourism revenues and migrant remittances.

Its trade gap was 7.9 per cent higher in December than a year ago at a record 197.2 billion dirhams ($23.6 billion) largely due to a surge of imports of energy and wheat imports, which the state heavily subsidises.

Morocco raised $1.5 billion via a bond sale in December, which lifted its foreign currency reserves to 140 billion dirhams – but that only covers about four months of import needs, which economists say is an uncomfortably low level.

In August, the International Monetary Fund approved a $6.2 billion precautionary line of credit for the North African country, to be treated as “insurance” in case economic conditions deteriorated further.