by Zeid Hanania and Nadim Kayyali 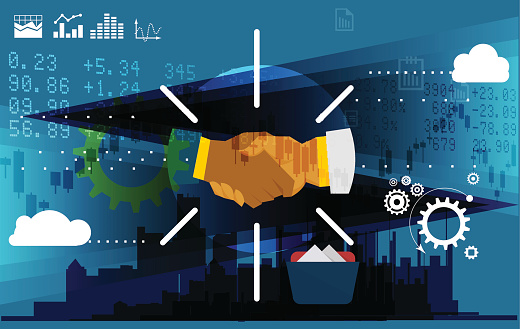 As we approach the 10-year anniversary of the 2008 global financial crisis next year, businesses in the Gulf region as a whole – and the United Arab Emirates in particular – appear to be more resilient, robust and optimistic than before.

Despite – or perhaps partly as a result of – wider geopolitical and economic regional issues affecting the Middle East, including fluctuations in the price of oil and political instability, the UAE has in the last few years managed to enhance its position as a regional hub for investment activity across the region and beyond.

Regional merger and acquisition activity last year witnessed a healthy jump in both deal value and volume (as compared to 2015, with approximately 75 reported transactions having been completed according to Mergermarket). The financial services sector in particular witnessed a couple of landmark deals with the $14.8bn merger of First Gulf Bank and National Bank of Abu Dhabi being in the forefront of such activity.

As the regional economic environment stabilises, it is likely that deal activity will slowly increase across the region. While political instability and market volatility has generally hampered investment activity, it has also conversely contributed to some notable transactions by presenting buyers with cost saving and consolidation opportunities across certain sectors. One key issue that still lingers as a limiting factor to transactions is the valuation gap between sellers and buyers although it is expected this will slowly dissipate as more realistic valuations ultimately take hold in light of economic and geopolitical realities.

Investment activity for certain sectors such as fintech, technology, e-commerce and TMT has picked up over the last year and is generally expected to exhibit further growth across the region, in line with changes in the global economy. The recent acquisition of Souq.com by Amazon is a significant milestone in the region in this area.

According to various market studies, the region has the potential to become one of the world’s fastest growing e-commerce/online markets. While currently e-commerce only occupies a tiny sliver of the Middle East region’s total GDP, there is massive investment potential and growth in this sector.

The Amazon-Souq deal could be an indicator of this trend as the traditional model of brick and mortar retail will likely see further disruption in the future across the Middle East. Accordingly, a larger volume of deal activity is likely to occur in this area in the coming years.

In the energy arena, we are seeing growing investment in the renewable energy space as state actors across the region (including the GCC and countries like Jordan and Egypt) roll out renewable energy programmes for the development of solar and wind power projects.

In 2016, more traditional consumer sectors such as hospitality, retail and F&B saw stronger interest than in 2015 from both financial sponsors and strategic buyers as investors looked to take advantage of favourable valuations and consolidation opportunities. This is despite relatively uneven and sluggish deal implementation.

The education and healthcare sectors continue to see strong interest, particularly in Saudi Arabia, which has seen a number of transactions in the space, including some involving processes with multiple bidders.

As a general matter, overall investment interest in the Saudi market will likely grow further after a few sluggish years in view of the aggressive investment strategy of the government, enhanced flexibility in access to the capital markets and the fact that the oil price has slightly rebounded from the lows of the last few years. Accordingly, an increasing number of established Saudi family businesses have become open to the idea of partnering with foreign investors via direct equity investments, joint venture arrangements or otherwise.

The UAE’s position as a leading business hub for M&A activity is likely to be further consolidated in the short and medium terms. Many of the emirates have enacted forward-looking and business friendly legislation in order to continue to attract businesses and investments, with Dubai in particular leading the way.

As the leading centre for financial, legal and consulting advisory services in the region, Dubai’s position as a hub for cross-border activity across the region and into other growing investment destinations such as Africa is unlikely to be rivalled in the near future.

In addition to its world-class infrastructure and business-friendly regulatory environment, several recent developments are likely to enhance Dubai’s position as a base for investment and deal-making activity throughout the region. These include more sophisticated and reliable dispute resolution mechanisms; increased flexibility to use locally incorporated corporate vehicles as investment holding vehicles for foreign and regional investments and more developed anti-competition regulations.

In addition to its position as a centre for deal-making across the GCC and the wider Middle East, the use of Dubai as a hub for investments into Africa is well-documented and is only expected to grow as more and more multinational corporations, financial investors and sponsors and regional institutional investors base their Africa investment and business development activities out of Dubai.

This includes a number of important Asian and Indian-led businesses with strong interests in both North Africa and sub-Saharan Africa. As the economies of sub-Saharan Africa continue to grow, it is likely that Dubai’s unique geopolitical position and status as a business hub connecting east and west will help it further cement its position as one of the world’s key gateways into the African continent.

In the last few years there have been a number of important private equity and institutional investments by GCC investors into Africa – mostly led out of Dubai. This includes Investment Corporation of Dubai’s investment in Dangote Cement back in 2014, the Kharafi Group’s hotels in Gambia and South Africa, Etisalat’s operations in Nigeria, Arbaaj Group’s various investments across African markets in healthcare, dairy and other sectors and Al Futtaim Group’s ownership of Kenyan automotive distributor CMC Holdings, to name a few.

Although economic uncertainty as a result of currency fluctuations and oil price instability over the past year have undoubtedly slowed down and checked interest in the continent to a degree, the long-term horizon is unlikely to be affected and the pace of GCC and Asian investments into the continent is expected to grow.

As a result we should expect a growing level of M&A activity and capital outflows from the region into Africa over the next few years.