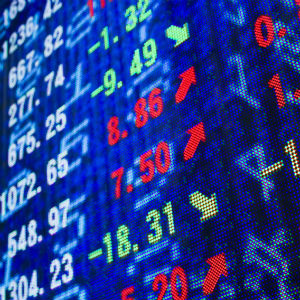 Gulf markets are likely to give up their gains from Monday as a reversal in global markets and return of Eurozone worries will pressure regional sentiment.

Asian shares edged down on Tuesday as rising Spanish bond yields stoked fears its tottering banking system is dragging Madrid deeper into crisis, snuffing out a relief rally that followed a win for mainstream parties in Greece’s weekend election.

“After the success of Greek elections, QE3 (quantitative easing in the United States) is not a higher probability – this will definitely affect out markets,” says Ali Adou, portfolio manager at The National Investor. “Our exposure to global volatility is higher now that we’re in summer and our markets tend to not move as much.”

A fresh round of quantitative easing would signal the U.S. Federal Reserve is taking action to boost economic growth, potentially lifting global markets as extra capital is pumped into the financial system.

Investors are now looking for fresh trading cues from the Fed policy meeting and the China flash manufacturing PMI from HSBC this week.

Brent crude steadied around $96 a barrel on Tuesday, staying close to 16-month lows hit in the prior session, as Europe’s debt crisis hurts the outlook for fuel demand.

Most Gulf Arab bourses rallied on Monday after Greece’s pro-bailout party won parliamentary votes, while Egypt’s index fell to a near five-month low as a presidential election brought the country no closer to a stable democracy.

In Saudi Arabia, retail investor sentiment may be lifted after King Abdullah appointed his defence minister, Prince Salman, as heir apparent, opting for stability and a continuation of cautious reforms.

“Prince Salman’s appointment will give some positive signal but global uncertainty will levy its weight on the region rather than regional news,” Adou says.

In company news, the catering unit of Saudi Arabian Airlines is seeking to raise 1.3 billion riyals ($347 million) by floating 30 per cent of its shares, the prospectus showed, as the initial public offer opened to retail investors on Monday.

In Kuwait, local political turmoil may dampen investor appetite after the ruler suspended parliament for one month on Monday, the latest twist in an escalating row between cabinet and lawmakers which threatens to draw in senior ministers and stall economic growth in the major oil producer.

The main overhang on the market from the political instability of recent years is the lack of progress on a $130 billion development plan, which many hope will boost the country’s economy.

In the UAE, Dubai-based Islamic mortgage lender Tamweel will be in focus after saying it has picked three banks to arrange investor meetings ahead of a possible asset-backed dollar Islamic bond, or sukuk.