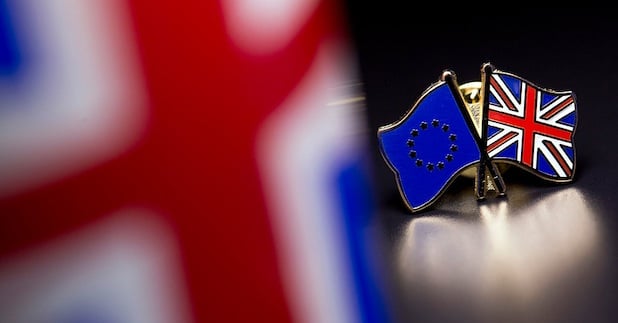 Gulf investors with significant holdings in the United Kingdom are being encouraged to hedge against the devaluation of the British pound as the country’s referendum vote on its European Union membership looms.

The pound fell to a seven-year low of $1.39 in February and Bank of England governor Mark Carney has warned the currency could fall “perhaps sharply” if Britain votes to leave on June 23.

“The general consensus is that the pound weakens [if the UK votes to leave]. That’s why equity investors pulled away from the UK – because they don’t want to be whacked by currency devaluation,” said Falcon Private Bank Wealth chief investment officer David Pinkerton.

This devaluation could hit Gulf Arabs, who have collectively invested billions in London property, particularly hard. A report last year from consultancy CBRE suggested buyers from the Middle East would soon be responsible for purchasing three out of 10 of all new prime properties in the UK capital.

CBRE also said London was the target for 24 per cent of Middle Eastern investors’ $11.5bn in global real estate capital.

“We have a lot of clients that can take out some hedges against the currency devaluation,” said Pinkerton.

“If they have a very significant exposure to the UK and that currency depreciates then they lose global purchasing power, so that’s the kind of thing we would look at for particular clients.”

The CIO said he believed Brits would vote with their economic interests in mind when it comes to the referendum later this month, especially after forecasts by the UK Treasury that the country would enter a year-long recession should it vote to leave the union, with a predicted fall of between 3.6 and 6 per cent in gross domestic product, the loss of up to 820,000 jobs and a drop in average wages and house prices.

“In general people vote with their wallet, so if they believe that an exit presents a threat to their economic future or there is some anxiety about that future they will basically vote for the status quo,” said Pinkerton.

“At the end of the day, the average voter probably votes for stability and certainty rather than taking a risk.”

Broadly, Pinkteron said that it was a “difficult time” for investors globally and urged them to be cautious, with repricing expected.

“I’m not saying cash is the only thing one should invest in. We’re underweight equities, we have bonds, we have some gold, so maintaining some diversification by asset class is important. But in general we think this is a period of time where one should be waiting for that repricing to occur and then there is an opportunity.”