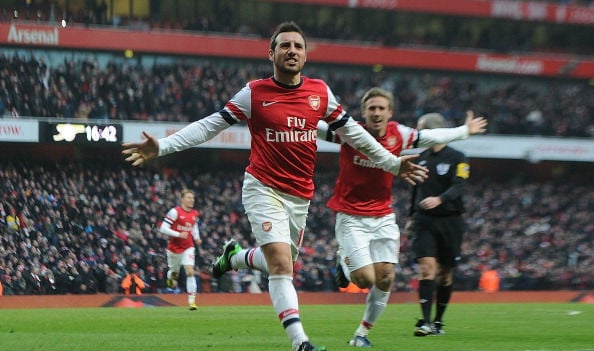 Arsenal Football Club is to be subjected to a £1.5 billion ($2.3 billion) takeover bid in the coming weeks from a mystery Middle East consortium in what will be the biggest-ever takeover of a football club.

The investors, backed with funds from the UAE and Qatar, are expected to bid for full ownership of the British team, hoping to buy out U.S. sports investor Stan Kroenke who owns two-thirds of the club, according to UK newspaper The Telegraph.

Uzbek billionaire Alisher Usmanov owns the other majority share of 29.96 per cent.

The expected bid will the largest ever for a football club, dwarfing the $1.2 billion bid the Glazer family paid for Manchester United, and will be more than twice the amount Arsenal was valued at two years ago, wiping out the club’s $376 million debts. The bid equates to around $30,000 per share.

The Middle East group would make available transfer funds “to transform the club into a major force in European and world football”, an unnamed source familiar with the bid told the newspaper.

“The bid team regard Arsenal as one of the great clubs of European football but also one that is no longer punching its weight and is in danger of falling behind,” the source said.

The potential buyers will also pledge to reduce ticket prices for the club’s fans – some of the most expensive in world football – and attempt to recreate the atmosphere of Highbury, Arsenal’s old stadium.

Arsenal manager, Arsene Wenger, is believed to be highly-regarded by the consortium who will want him to remain at the club, according the report.

The source continued: “Arsenal is at a pivotal position at the moment. The fear is that the club is facing a cycle of decline like Liverpool. From our point of view it is the perfect moment to make this bid because at this moment in time you can still genuinely justify this extraordinary valuation on the club.

“We think that bidding now is the key because it is going to give every shareholder maximum value. We are giving them peak valuation. The amount of capital required to pump into Arsenal to make it competitive within England, Europe and the world means that the valuation cannot go any higher.”

The takeover would raise questions over the future of Arsenal’s manager, Arsene Wenger, although the consortium values his football knowledge and want him to remain at the club, The Telegraph said.

Arsenal already has ties with the Gulf with Dubai’s Emirates Airline owning stadium naming rights and a shirt sponsorship deal with the club.

If successful the acquisition would be the latest in a string of investments Middle East entities have made in European football clubs.

Manchester City are backed by Abu Dhabi while French outfit Paris St Germain and Spanish side Malaga are owned by Qatar.

ME Investors Stack Up European Property