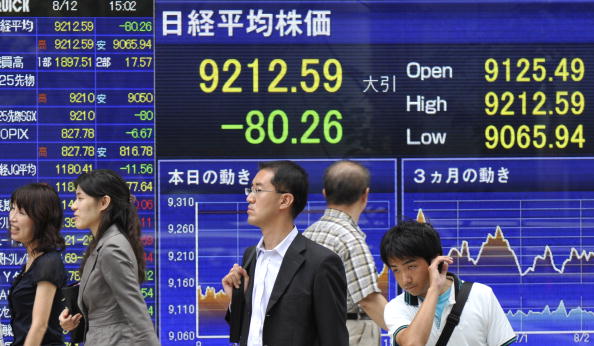 Gulf institutional investors are putting their money into Asian equities, in particular Japanese stocks, but are shunning European shares after years of underperformance, the Middle East head of Pictet Asset Management said on Sunday.

Many of these Middle Eastern entities, including some of the world’s largest sovereign wealth funds, have traditionally been regarded as significant investors into European developed markets.

Qatar for example, through Qatar Investment Authority and its subsidiaries, has in recent years embarked on an aggressive expansion spree which has seen it buy up stakes in major companies such as Volkswagen and Siemens, as well as real estate and infrastructure on the continent.

The eyes of many institutional funds are now turning east, according to Francesco Genovese, regional head of Middle East, Africa and Central Asia at Pictet Asset Management.

“There’s lots of traction for Japanese equities, Asian equities and global emerging markets (equities), as well as emerging (market) debt in local currencies,” he told reporters at a media event.

“They were really keen to invest in European equities four or five years ago, but they have been so disappointing (for returns) that, now, they look at other investments.”

Europe’s economy, especially in the euro zone, has struggled in recent years due to repeated fears over sovereign debt levels and weak growth indicators.

The euro traded at its lowest level against the dollar in 11 years on Jan. 26, and a poll conducted by Reuters last month forecast a median average GDP growth rate for the euro zone of 1.1 per cent this year and 1.5 per cent in 2016.

Japan’s Nikkei 225 Index has gained around 54 per cent in the last two years, aided by government stimulus measures.