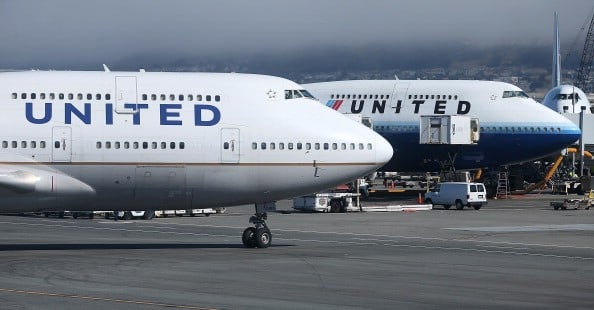 If a week is a long time in politics, then three can seem an eternity in aviation.

When I caught up with Jake Cefolia, VP Atlantic & Pacific Sales for United, at the Arabian Travel Market, he couldn’t have sounded more upbeat.

After dealing with the ‘heavy lift’ of the United-Continental merger, he beamed at the potential of the enlarged global network and its ability to “more successfully serve its passengers” and said it has seen a tremendous amount of repeat business between North America and Middle East. He talked about the partnerships it has had in the region for decades, and positively about its O&D (origin and destination) traffic and “expect we will continue to do that”.

So it comes as a surprise to read that Doha will now be dropped from its triangular Washington-Doha-Dubai service from August 30.

At one stage, I asked if Doha would be delinked and served directly, given the country’s economic growth and new hub airport, little realising that plans were advanced to drop the destination altogether.

It’s not hard to spot the underlying reason. The US carrier is no stranger to regional competition, serving Dubai for six years, and competing with Emirates to Washington for the last two, but With Qatar Airways serving Washington directly, and on a US growth spurt with new Philadelphia daily flights, it’s clear United is facing increasing competition in its own back yard. Qatar Airways will soon be flying to two new destinations in the US – Miami from June 10 and Dallas/Fort Worth from July 1.

You sense with the Gulf carriers stepping up a gear – and especially in the US, where Etihad starts daily flights to Los Angeles from June 1 – the network stakes are rising, particularly as Gulf carriers can offer sparkling new aircraft and sharp service to go with their expanding networks.

Like Qatar, United flies the Dreamliner, but not on routes to the Middle East, which is another drawback. Currently it flies the B787 between Houston-Lagos, Houston-London, Los Angeles-Shanghai, Los Angeles-Narita, and Denver-Narita. Los Angeles-Melbourne will be its first B787/9 route from October.

United does offer completely lie-flat seat in the premium cabins on its long-haul aircraft (B777s, B767s, B747s, B757s and B787s) and another positive move is that all United’s aircraft will be wifi-enabled by next year, providing business travellers with smooth global connectivity via a satellite-based system.

But it looks like Doha executives will need to swap planes first to experience it.