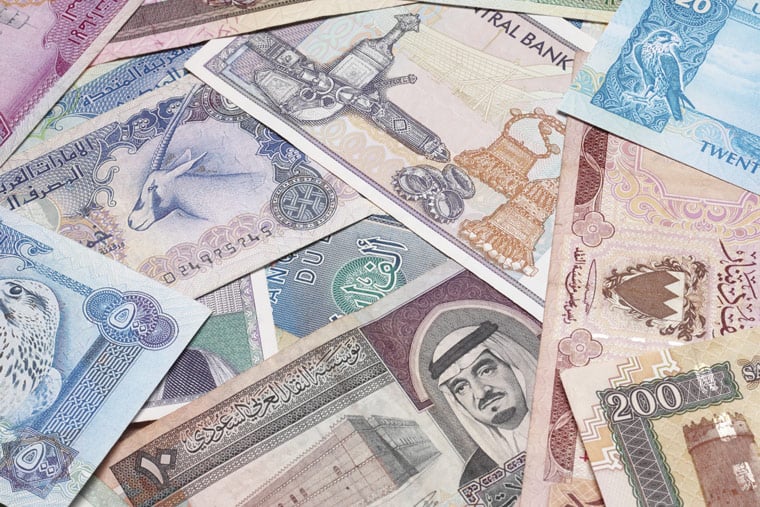 Bond and sukuk issues from the Gulf Arab region in the past few weeks have drawn huge investor order books but then performed poorly in the secondary market – a sign that some of the orders are not as solid as they appear.

In order to ensure they obtain part of a new issue, institutional investors are bidding for larger amounts than they actually want, because they assume their bids will be cut when the issuer decides on allocations, traders and analysts say.

The heavy bids are causing the pricing to tighten dramatically in the primary market, setting the bonds up to fall in the secondary market when it becomes clear that underlying demand for them at the final pricing is not as great as the order books suggested.

This phenomenon can happen in bond markets around the world but it has been particularly acute in the Gulf during recent weeks, partly because of global trends and partly because of the nature of the Gulf’s investor base, which is cash-rich and heavily focused on bonds from within the region.

“The secondary market performance of deals in 2013 suggests that order books were probably inflated,” said Doug Bitcon, head of fixed income funds and portfolios at Rasmala Investment Bank in Dubai.

“One only has to look at the performance of the recent DIB Tier 1 deal to realise that a large portion of the $14 billion book was fluff.”

Dubai Islamic Bank issued a $1 billion perpetual, hybrid sukuk this month to boost its Tier 1 capital. It was only the second such deal from the region, and arranging banks said the order book totalled a massive $14 billion.

On the back of that, pricing tightened spectacularly from initial guidance in the seven per cent area, which was considered generous to investors, to 6.25 per cent. Private banks, which were given a 50 basis point concession on the pricing, took 32 per cent of the paper.

The sukuk has performed sluggishly since then, and was bid at 99.85 cents on the dollar on Wednesday afternoon, according to Thomson Reuters data. During the same period, many other emerging market bonds have performed well.

In some cases, Gulf order books this year have been so large that issuers have been able to price their bonds at no premium to their existing yield curve, or even inside the curve – once again, setting the issues up for weak secondary market trading.

The Dubai government’s $750 million, 10-year sukuk issued in January got an order book of $11 billion. It priced at 3.875 per cent, well inside guidance of four per cent and about 12.5-17.5 bps inside Dubai’s outstanding 2022 sukuk. It has traded below par since then.

“The recent deals have priced so aggressively that there is little left on the table for short-term performance in the secondary market,” said Daniel Broby, chief investment officer at Silk Invest asset managers in London.

There are domestic and global reasons behind the sharp contrast between primary and secondary market performance. Although Gulf investors are showing signs of putting more money into bond markets outside the region, they traditionally focus closely on issues from within the Gulf.

They are flush with cash because of high oil prices and solid economic growth, and bond supply within the region – at $7 billion of internationally sold US dollar bonds and sukuk so far this year – has struggled to keep up with demand.

This is a recipe for tight pricing in the primary market, as investors submit large bids to make sure they are allocated a minimum amount of paper.

At the same time, the long-term outlook for bond markets worldwide has weakened this year because of higher US Treasury yields and strengthening equity markets.

These factors have convinced many institutions that the long bull market in bonds may have ended, making them reluctant to bid prices up beyond levels seen at issue.

One sign of the changed mood is that trading volumes in the Gulf’s secondary debt market, which surged last year, have declined since the start of this year, according to anecdotal evidence from traders.

There is no sign that the primary-secondary divergence will change any time soon. A dollar sukuk from Saudi Electricity Co is due to price after roadshows end next week, and because it is a rare dollar bond from Saudi Arabia, primary market demand may be extremely heavy. The company’s last international foray, in 2012, drew a $19 billion order book for a two-tranche, $1.75 billion deal.

“If the new issue comes to the market 50 bps cheap to the existing curve I will become very excited,” said Rasmala’s Bitcon. “Unfortunately the chances of that are similar to the probability of snow in Dubai over Christmas.”