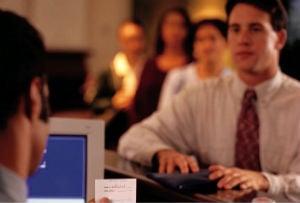 Emirates NBD is mulling plans to halt its private banking services to American clients to avoid falling foul of new US rules on tax evasion, Gulf Business has learned.

The decision would be the latest snub for wealthy US citizens living abroad.

In July last year, HSBC said it would axe wealth management services to US clients in the Gulf.

The main gripe for private banks is the sensitivity of information they will have to disclose about their US clients.

Gary Dugan, chief investment officer for private banking at Emirates NBD, told Gulf Business: “We’re worried about the increasing regulations and disclosure rules for investments in the US and in particular for our US clients (in the Middle East). It could create more problems than the customers are worth. The US authorities make it very difficult for its citizens to bank abroad. And for us, it may mean that we have to tell US authorities all sorts of delicate details.

“The biggest worry is that is if any of our US clients wants to make an investment in US equities or treasuries what will be the future disclosure rules? For instance, will we have to disclose information on US clients because they hold IBM shares? They might not want to,” added Dugan.

By 2013, all banks outside the US will have to comply with a new act signed by America’s President Barack Obama. The regulations oblige international financial institutions to reveal all accounts held by US citizens that contain more than $50,000. Banks that do not comply will be subject to a 30 per cent withholding tax on all payments made to them in the US.

Credit Suisse last July confirmed it was the target of a US Department of Justice probe while rival UBS was forced to pay a $780 million fine and hand over the information of around 5,000 secret accounts held by US citizens in 2009.

HSBC Middle East said in a statement in the summer: “After a review of services that can be provided to US clients from locations outside of the US, we believe that US clients will be better served by our private banking teams in the United States.” HSBC is based in London but has Swiss-style private banking services around the world.

In the immediate aftermath of the bank’s decision to halt US-focused private banking, analysts predicted few GCC financial institutions would follow suit. However, the Emirates NBD decision could tip the scales, given that it is the UAE’s biggest bank by assets and one of the largest in the Middle East.

It is unlikely to derail the growth of private banking in the region, but will send out strong signals to US authorities.

Experts say over the coming years there will be a shake-out in the industry between those willing to service US offshore clients and those who won’t. And Emirates NBD and HSBC’s moves are perhaps the beginning of this growing division.

At the extreme end, some private banks are exiting US securities entirely. Switzerland’s oldest bank Wegelin & Cie, wrote to clients in 2009 announcing it would no longer trade US
securities because of rules changes.

Although Emirates NBD has not made its final decision on whether to wash its hands of US private banking clients, the strain of the changing US policy is starting to show.

How onerous the US authorities’ rules become could determine the extent of financial pain that wealthy Americans have to endure in the Middle East. If the last 12 months is anything to go by, the landscape looks likely to shift dramatically in the next year.