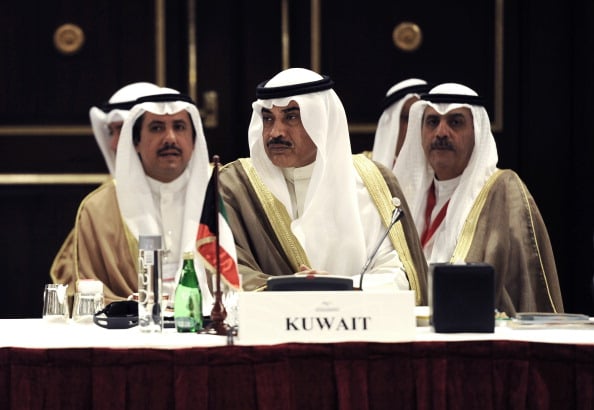 Gulf Arab foreign ministers said on Wednesday that Syrian peace talks planned for January must put in place a timeframe for a transitional government in the country and should not involve any opposition group other than the National Coalition.

The coalition said on Wednesday it would attend the talks and that President Bashar al-Assad could play no further role in the country.

In a statement issued after they met in Kuwait, foreign ministers of the six Gulf Cooperation Council members also said they hoped Iran’s preliminary deal with world powers would lead to a comprehensive solution to its nuclear crisis.

“The ministers affirmed the importance of strengthening international support for the Syrian opposition represented by the National Coalition, for participation in the Geneva 2 conference,” said the statement.

It added that the conference should lead to “an agreement to put in place a limited timeframe to form a Syrian transitional government with full executive powers, in accordance with the statement of Geneva 1 on January 30 2012”.

The statement also reiterated the Gulf states’ position that the National Coalition was the only legitimate representative of the Syrian people and that the Geneva talks should not go ahead with any other opposition groups.

The GCC is made up of Saudi Arabia, Kuwait, Qatar, Bahrain, the United Arab Emirates and Oman.

Saudi Arabia and Qatar are the main backers of the Syrian National Coalition and the Free Syrian Army, which they have aided with weapons, training, money and military intelligence in the fight against Assad’s government.

Assad is backed by Iran, which struck a preliminary deal on Sunday with world powers involving limited sanctions relief for more international oversight of its nuclear programme.

The Gulf Arab foreign ministers said they hoped the agreement would be a first step leading to “a comprehensive resolution” of Iran’s atomic dispute, but that this would need goodwill.