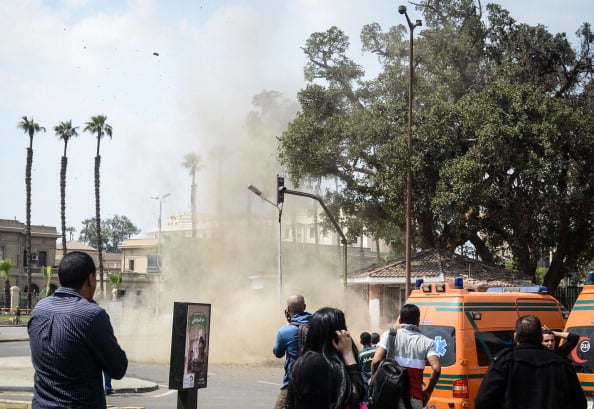 Large majorities in Muslim countries are increasingly worried about Islamist militancy and oppose its best-known groups, such as the global al Qaeda movement, Nigeria’s Boko Haram and Hamas, according to a new survey.

Support for violent tactics such as suicide bombing has fallen in many countries over the past decade, although some states still have significant minorities approving it, the survey by the Washington-based Pew Research Center said.

Pew, which regularly tracks opinion on religious issues around the world, polled over 14,000 Muslims in 14 countries in April and May, before the radical Islamic State in Iraq and the Levant (ISIL) group seized a large swathes of Iraq and Syria and announced a new Islamic “caliphate” there.

Although it did not ask about ISIL, the survey’s findings suggest there would be little support for a call on Tuesday by its leader Abu Bakr al-Baghdadi for Muslims worldwide to take up arms to avenge what he said were wrongs committed against Islam.

“As well-publicised bouts of violence, from civil war to suicide bombings, plague the Middle East, Africa and South Asia, concern about Islamic extremism is high among countries with substantial Muslim populations,” the survey said.

“In most Middle Eastern countries, concern about extremism has increased in the past year,” said the survey issued on Tuesday.

Lebanon was the country most concerned, with 92 per cent of those polled agreeing when asked if they were “concerned about Islamic extremism in our country”. Tunisia followed with 82 per cent, then Egypt with 75 per cent and the Palestinian territories with 65 per cent.

In other regions, 72 per cent of Nigerians, 66 per cent of Pakistanis and 63 percent of Malaysians also worried about violent Islamist activity.

The survey showed majorities, often quite strong, in most countries against the best-known militant Islamist groups.

Negative opinions about al Qaeda were again strongest in Lebanon, with 96 per cent against it, followed by Turkey at 85 per cent, Jordan at 83 per cent and Egypt at 81 per cent.

The survey was not conducted in Syria or Iraq, where war including al Qaeda forces would make it impossible to interview a representative sample of 1,000 as happened elsewhere.

In Nigeria, 79 per cent of those polled had negative views of Boko Haram, the insurgent group staging regular attacks in the north that have killed hundreds in recent months.

Some 59 per cent of Pakistanis were opposed to the Taliban.

Islamist group Hamas, which controls the Gaza Strip, has been losing support, the survey said. Negative views about Hamas among Gazans rose to 63 per cent from 54 per cent last year.

The group appears to be more popular in the West Bank, run by President Mahmoud Abbas’s Fatah movement, where only 47 per cent of those polled had a negative image of Hamas.

The survey asked about suicide bombing as a specific form of militant violence and found the highest support for it in the Middle East at 46 per cent in the Palestinian territories, a drop from 70 per cent in 2007.

Support in Lebanon was 29 per cent, after being as high as 74 per cent in 2002. Most other countries registered support around 20 per cent or lower for suicide bombing “to defend Islam from its enemies”.