How I got here... Nicholas Brooks, founder and CEO of Zaeto Middle East - Gulf Business 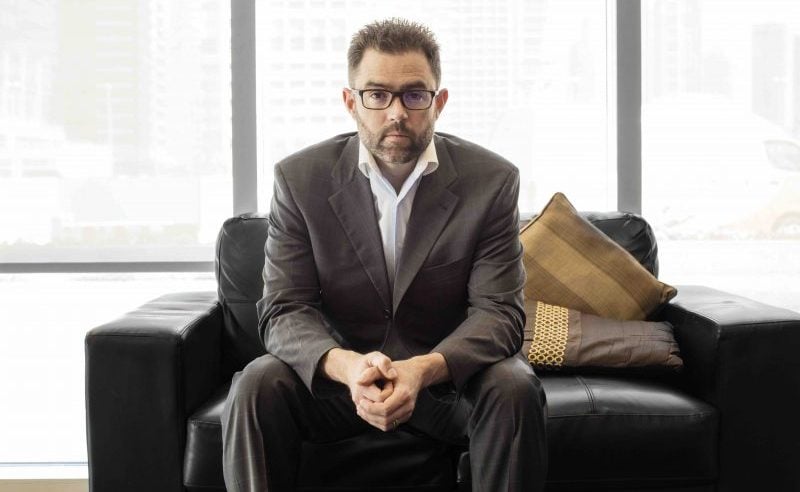 I was blessed that my parents were focused on giving me the best education Australia had to offer and I attended Scotch College from 1988 to 1995. You could say I was an all rounder: I loved sport, sciences and music, and did well in all. But I wasn’t that academically inclined. I went on to receive a BA in Sports Science at RMIT University, and since then I like to keep learning by doing various other courses along the way.

Do say hello to people – in business and in life. People’s phones do just as much to kill an unknown opportunity by having your head down in a crowd, than they do to deliver one to your inbox. They might be out of your work environment today, but tomorrow be a valuable asset. Don’t excuse passion. Find something that makes your day and do it.

Being able to create something for the Dubai community is a truly awesome accomplishment, and one that I am extremely proud of. Although it sounds like a cliché, marrying my wife and the birth of my daughter, Savannah, are the highs of my life, without a doubt. There have also been plenty of lows along the way, but that is how you grow. After learning from them, they don’t look so bad now.

When I finished my degree I found myself in an import and distribution company, before moving to Dubai about 13 years ago, working for many companies including MMI.

As a passionate cyclist, I and a friend Stewart Howison started riding regularly in Al Qudra, later founding Cycle Safe Dubai. Along the way we were approached on the road by Sheikh Mohammed bin Rashid Al Maktoum to discuss the creation of the Al Qudra Cycle Track, and today Dubai is blessed with his vision and focus.

Another long-term friend and previous business partner started the Zaeto conversation some years ago, as we wanted to develop a product for the GCC with a core focus on the environment, alongside cost effectiveness for businesses. Zaeto was born in line with the Year of Zayed in 2018.

I tend to be very focused when I truly love something. I’m really passionate about Zaeto as a product range and the IP behind it, but more so about the people who have spent their life in areas which we impact. While Zaeto can be generalised as a lubricants and grease company, it is so much more than that. We are impacting the environment positively, reducing harmful emissions by 40 per cent, while increasing fuel economy and lubricating parts better and more efficiently. This results in improvements in sustainability.